A Milestone for U.S. Spectrum Policy and the American Economy

The decision by the U.S. Congress to include voluntary incentive auction authority in its comprehensive payroll tax agreement marks a milestone for our nation’s spectrum policy and the U.S. economy. Voluntary incentive auction authority will help America meet our nation’s ever-increasing demand for mobile broadband connectivity and promote U.S. leadership in technology innovation — while creating hundreds of thousands of jobs and raising tens of billions of dollars for the U.S. Treasury.

The surge in mobile broadband use is rapidly transforming the American digital landscape. It has vastly improved our ability to connect with family, friends, and co-workers via ever smaller and faster Ultrabooks, smartphones, and similar computing devices.

Spectrum is the scarce resource currently constraining this U.S. mobile data revolution. With the passage of voluntary incentive auction authority, the U.S. takes the lead as the first country in the world to adopt this market-based auction mechanism. This innovative spectrum auction tool will spur the transition of our limited spectrum resource from existing uses to newer, higher-valued uses like mobile broadband.

Voluntary incentive auctions will give existing spectrum licensees like TV broadcasters an opportunity to relinquish their spectrum in exchange for a portion of the auction proceeds. The relinquished spectrum then will be auctioned to mobile broadband carriers to deploy faster, more robust networks that U.S. consumers and businesses are demanding for seamless mobile connectivity.

Intel commends the bicameral and bipartisan leadership that made this landmark achievement in spectrum policy possible.

Intel also applauds the Senate and House Leadership for not only recognizing the positive budget impact of spectrum auctions, but also the long-term benefits to U.S. leadership and the American economy. Indeed, economists project that the societal benefits to the American economy from new spectrum auctions and increased mobile broadband connectivity will be 10 to 20 times the actual auction revenue.

At a time when our country needed both, Congress has delivered a technology and economic win for the American people.
0 Kudos
Share 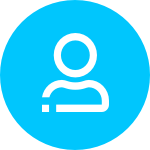