Don’t believe everything you read on the Internet. Traditionally that piece of advice has been to warn Internet users not to fall prey to Nigerian scams or download suspicious software which could load viruses into one’s computer. Till today, this basic piece of advice still holds true, but is now largely used to warn users against fake and misleading news. The rise of social media platforms has only compounded the problem of fake news, especially when users are not able to discern between fact and fiction, and end up contributing to the spread of fake news traffic. According to Research from Northwestern University, 30% of all fake news could be linked back to Facebook.[1]

While most countries in Southeast Asia already have a framework on restricting ‘hate speech’ and often anti-government sentiments, fake news on social media sites have been harder to regulate. This month, we see a couple of countries beginning to look at cracking down on the spread of illegal news on online platforms. The Malaysian Communications and Multimedia Commission (MCMC) has begun mulling expanding its current legal provisions to include online fake news and negative content, as well as the liability of e-news portals and social media platforms. In Indonesia, the Ministry of Communications and Informatics (Kominfo) has asked Facebook to open a local office to better handle complaints about fake news and negative content, such as terrorism, spread through its platform.

While such actions are still at very early stages, they may eventually lead to a tighter regulatory framework, where there will be increased surveillance and monitoring of such platforms. Instead, governments should look at educating online users on how to better discern fake news, and cultivate smarter and healthier cyber habits rather than controlling the environment. 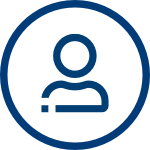