R&D Spending is Critical to U.S. Economic Health and the Future of Technology 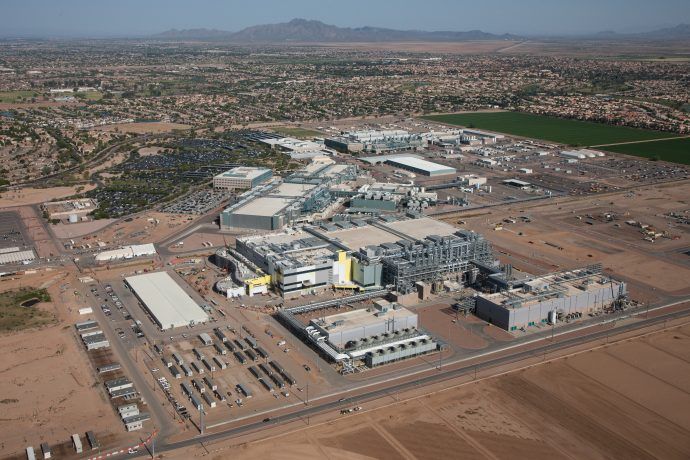 The backbone of many of our nation’s greatest technological feats over the last 50 years have been made possible by strong investment in Research & Development (R&D). The U.S. has pioneered technologies that sent humans to the moon, connected the world with the Internet, and put smartphones in the palm of your hand. These accomplishments would not have been possible without a commitment of both the federal government and the private sector to invest in R&D.

U.S. tax policy has played a major role in supporting the private sector’s commitment to R&D. Since 1954, U.S. tax law has allowed the immediate write-off of qualifying R&D expenditures. This incentive has helped industries, including the manufacturing and technology sectors, to fund amazing innovations. Today, businesses can fully expense R&D costs, lowering the cost of investment and benefiting both the private sector and the general public. This element of U.S. tax policy has had a significant impact on the U.S. economy and has helped to drive the U.S. forward as a global leader in innovation. For companies like Intel, which performs the majority of its advanced R&D spending and owns the vast majority of its global intellectual property in the U.S., this is an important element of U.S. tax policy.

However, federal support for R&D is currently under threat. The Tax Cuts and Jobs Act (TCJA), which became law in 2017, departs from established policy and threatens a system that has benefited U.S. R&D for decades. Starting in 2022, companies will be required to amortize their R&D costs over five to fifteen years, instead of immediately deducting them each year. By reducing the immediate tax incentive of R&D spending, the law will result in a reduction of overall R&D spending.

Now is not the time to curb R&D investment and spending. Future technologies like artificial intelligence (AI) not only have tremendous potential to revolutionize our day-to-day lives, but also have the power to unlock unprecedented economic growth. According to PwC, AI technologies could increase global GDP by $15.7 trillion by 2030 thanks to game-changing benefits for industries ranging from manufacturing to education. Unlocking the 5G puzzle also presents a great opportunity for innovation and will create $10 trillion in economic output by 2035. The power of quantum computing has limitless potential to catapult our nation into the next technological moonshot, particularly with the passage of the Quantum Computing Act, which establishes more than $1B in R&D funding. The technology behind self-driving cars can transform our roads and transportation system for the better while contributing $800 billion annually to the economy.

The potential economic impact of these still-nascent technologies is staggering. R&D—the actual sweat and effort that drives “innovation”—is critical to ensuring that the U.S. continues to lead on the global competitive stage. The Government Accountability Office (GAO) illustrated in a 2018 report that the nation’s ability to spearhead technological advances is hindered by a decreasing federal budget, which historically served as a major source of R&D funding. The issue extends beyond that. According to the Congressional Budget Office (CBO), the changes in the 2017 tax act will reduce the incentive to invest in R&D.

At Intel, we’re already developing the next generation of cutting-edge technology and we believe in the power of R&D. That’s why last year we invested more than $13 billion in R&D, making us one of the world’s top five R&D companies. This has enabled us to lead the globally competitive semiconductor industry and resulted in transformative advances in healthcare outcomes, a partnership with the U.S. Department of Energy to develop America’s first exascale supercomputer, and the launch of breakthrough memory technology that makes computer memory speeds up to 1,000 faster.

The U.S. must continue to create a supportive business environment for R&D, but that can’t be achiev.... The tax law must be amended to foster an economy driven by constant and plentiful investment in R&D. We applaud the bipartisan efforts of Rep. John Larson (D-CT) and Rep. Ron Estes (R-KS) who introduced legislation to correct this policy. We look forward to working with all Members of Congress to develop and promote smart public policy that pushes our nation forward on critical technology advancements that will benefit all members of society.
0 Kudos
Share