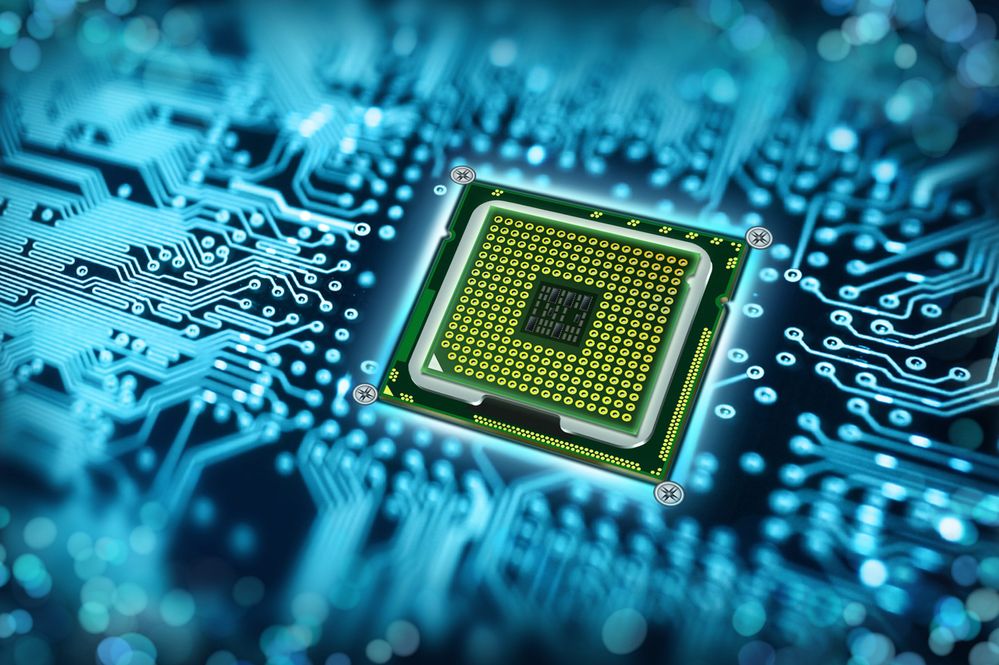 The 20th century united Europe and the United States in a partnership which also helped propel both regions into leadership positions in technology and innovation. The foundation of this relationship rests on a shared commitment to transatlantic cooperation for the benefit of our citizens.

Tomorrow during the EU-US Summit, there is an opportunity for the U.S. and Europe to reinforce this partnership – and our technology leadership – as we transform into a digitized global economy.

At the heart of the transition to a digital economy sit semiconductors, the tiny chips that power the devices and technologies that are essential to our everyday digital lives. They are the brains behind almost all “must win” innovations we are betting on for the future – from artificial intelligence (AI) to automated vehicles to renewable power.

Leaders in Europe and the U.S. are focused on the semiconductor industry, knowing it is critical to transforming and growing our economies. Right now, President Joe Biden is on his first trip to Europe, discussing with EU and NATO leaders how to take this renewed partnership forward. A sense of urgency underscores these meetings as the world grapples with the ongoing economic recovery from COVID-19. It is imperative that all governments’ leaders, working together, seize this occasion to make a digital recovery, strengthening bonds in areas like manufacturing, R&D, trade, innovation, and the technologies of the future, such as AI and quantum computing.

The economic disruption of the pandemic laid bare strategic vulnerabilities in our societies. A worldwide shortage of chips, which the automotive sector initially called attention to, has forced leaders as well as the semiconductor industry to ask the question: how do we move forward?

Both President Biden and the European Commission, led by Ursula Von der Leyen, have stated their ambitions to invest in becoming global leaders in cutting-edge semiconductor production. The EU hopes to produce 20% of the global supply of chips by 2030 and the Biden administration indicated it will heavily invest in the domestic semiconductor manufacturing sector to do the same.

Intel strongly supports these ambitions – a rising tide lifts all boats, after all. The production of advanced technology semiconductors should serve as a bellwether of where the transatlantic relationship is headed. This critical and complex industry will be a tangible way for the EU and the U.S. to say, “we’re back, and we’re in this together.”

As U.S. Secretary of Commerce Gina Raimondo recently noted, government investment alone cannot reach this goal. We agree, and we are doing our part.

In March, Intel announced investments in both Europe and the U.S. that will help set the pace for innovation in years to come. Intel will expand investments in U.S. manufacturing capacity and R&D to advance critical technologies – including AI and 5G networking – starting with a $20 billion investment in large-scale foundry operations in Arizona and a $3.5 billion investment in New Mexico. And since 1989, we have invested $15 billion in current manufacturing capacity in Europe. Now, in an effort to more than double Intel’s available manufacturing space in Ireland and Europe, we have invested an additional $7 billion from 2019 to 2021 in a current expansion.

The semiconductor industry can be the driving force of a new era in EU-U.S. relations. This interconnected, global model is why Intel is launching Intel Foundry Services (IFS) and why we have plans to become a major provider of U.S.- and Europe-based foundry capacity to meet the urgent global demand for semiconductor manufacturing. It is part of a rebalancing act – addressing the need for geographically balanced capacity for semiconductor innovation and manufacturing. It is through such a rebalancing that the longstanding geopolitical and economic relationship between the U.S. and Europe can, once again, propel its industrial partnership into the future.

The EU and U.S. now need to take immediate action to bring the transatlantic digital partnership to life. Intel is investing billions, and government support on both sides of the Atlantic will make our investments go even further. For these investments to reap their full reward, governments also need to take systematic and concrete actions to support the digital economy as a whole, putting an end to obstacles that stand in the way of innovation and scale-up opportunities both in Europe and the US. This means investing in talent, working together on research and innovation, eliminating barriers to data flows, and aligning regulatory standards.

The transatlantic relationship has taken center stage. At a critical moment in time, both regions have the opportunity and the incentive to promote a stable and reliable semiconductor industry on both sides of the Atlantic, which will help to spur the economic recovery. There is no time to spare. We must get to work now – together.
0 Kudos
Share