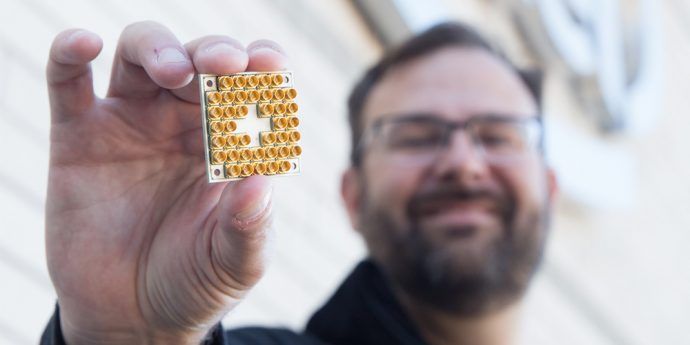 America’s leadership on the 21st century global stage will depend on its ability to create emerging technologies and harness their benefits for societal good. One of these emerging technologies, Quantum computing, has the potential to tackle problems conventional computers can’t handle, which is why nations around the world are racing to win the modern-day space race. By exploiting the laws of physics, quantum computers will be able to create more effective drugs to fight diseases, streamline traffic control, better predict weather patterns and model climate change, and help develop artificial intelligence solutions to tackle various societal problems – like feeding a growing global population, and helping to counter human trafficking.

But as with any nascent technology, industry, academia, and the nonprofit sector need the support of government to help get it off the ground. That’s why we at Intel are so pleased with the bipartisan, bicameral, Congressional leadership exhibited during the development and consideration of the National Quantum Initiative Act. At Intel, we are making exciting progress toward developing commercially viable quantum computing systems, and we continue to make significant investments in quantum research.

If the U.S. is to lead the way in quantum, we will need a coordinated federal effort to focus resources, unify public and private sector interests, and train a quantum-ready workforce. Thankfully, the National Quantum Initiative Act addresses these needs by calling on the President to implement a National Quantum Initiative Program – a White House-led, cross-agency effort to coordinate quantum research priorities at the federal level by corralling multi-sector stakeholders around appropriate goals and effective strategies. The bill further addresses these needs by supporting and expanding quantum research activities at the National Institute for Standards and Technology (NIST), creating flagship research centers at the National Science Foundation (NSF) and the Department of Energy, and supporting the training of scientists and engineers through NSF grants and training activities at NSF and the Department of Energy. Best of all, recognizing that this endeavor is an investment in our collective future, the bill doesn’t just pay lip service; it focuses agency funding to the tune of $575 million over the next five fiscal years, to ensure the U.S. maintains quantum leadership.

Intel applauds the bipartisan, bicameral leadership of the House Science Committee, the Senate Commerce Committee and the Senate Energy Committee in addressing this issue. We support the final passage of the National Quantum Initiative Act as soon as possible and look forward to increased collaboration between industry, academia and the federal government.
0 Kudos
Share