Amazing Experiences are out there: Intel intern urges others to be persistent 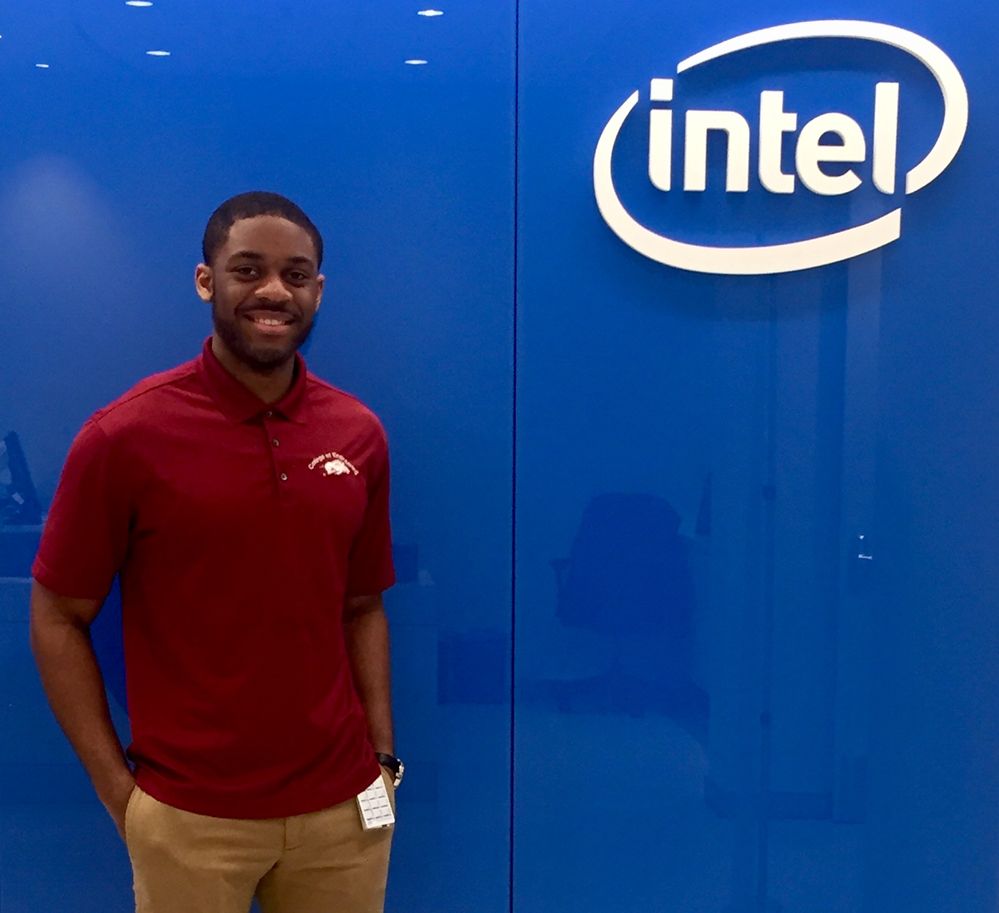 We_Are_Intel1
Employee
0 0 93
Growing up as a kid from the south, I never thought working for a company like Intel would be possible so early in my professional career. I was born in Little Rock, but raised in a Nigerian household with five siblings. Both of my parents were born and raised in Nigeria and came over to the U.S. in 1987 searching for new opportunities and a better future for their family.

I was always enamored with high tech and problem solving so by the time I graduated high school I knew I wanted to be an engineer. I was fortunate enough to receive a scholarship through the Engineering Career Awareness Program to the University of Arkansas. Throughout my sophomore year, I became involved in the National Society of Black Engineers. I enjoyed serving on a local level for my school so much that I decided to attend the national conference in Boston where I met Intel employees for the first time.

I attended a networking breakfast and met a woman from Intel named Rhonda P. James who eventually became a huge advocate of mine and is still one of my mentors today. We spoke at length about my desire to work at Intel and how to make that a reality. Even though there were no positions available at the time, I never gave up hope and remained persistent. The following year I attended the same conference again and this time as the president of our local chapter at Arkansas and with a summer of work experience under my belt. I was offered a co-op position on the SSG team in Oregon and was in disbelief that I landed a job at my dream company.

Relocating from Northwest Arkansas to the Pacific Northwest was no easy task. Luckily, I had a strong support system with mentors who were truly vested in my success. After only four months in SSG on the technical consulting engineering team, I was given the rare opportunity to work with software technology that I had never been exposed to before. I also had the chance to work closely with some of the top notch engineers that help maintain products for community developers. And even though I was just a first-year intern, I felt my opinion truly mattered.

The technical work was challenging and exciting, but the true hallmark of the experience was the people. I was able to meet and connect with so many sharp and talented employees. This is a large part of why my experience has only left me wanting more. From fellow interns, to senior members, to even vice presidents, everyone was willing to connect with me personally and share their career advice. The opportunity for amazing experiences are out there, we just simply have to take advantage of them just like my parents did.

Overall, I think the advice I would give to future interns can be best summed up by this quote: