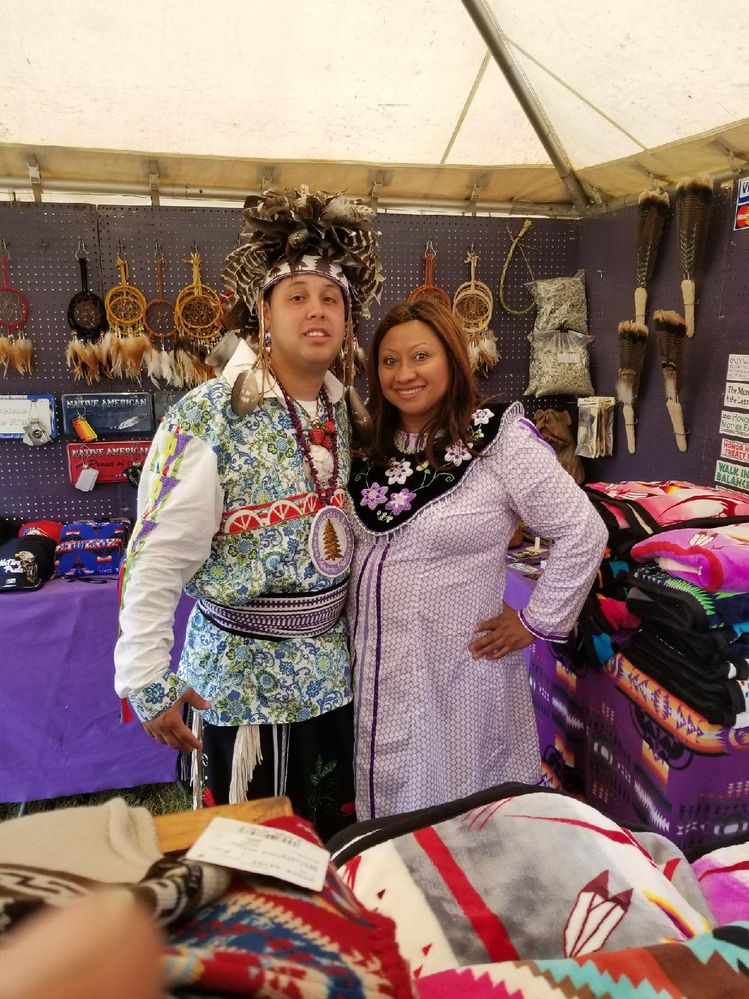 I am Meherrin Indian, also known as Kauwets’a:ka, meaning “People of the Water.” We are part of the Iroquois nation (Haudenosaunee). Growing up in a small town surrounded by relatives, I studied a lot in school so that I could get out and see the world (something people rarely did from where I am from). I was the second Native American and second Black person to be the valedictorian of my very small high school (the first for both categories was my brother). I was fortunate to receive full academic scholarships for my undergrad studies and later I became a “computer lawyer.”

Outside of Intel, I interact with my tribe often. They are my family. I am also involved in the American Indian Science and Engineering Society and the National Native American Bar Association. These groups have helped in developing my career and provides a support system both personally and professionally.

I give thanks daily to let people know they are appreciated. As a part of Native American Heritage Month, I reflect upon some of the Native American core values by finding peace and giving thanks. We all have so much to be grateful for.

In my culture, fall is an important time of year, a time of renewing bonds with your family, with nature and with the world around us. It is the time of the Meherrin Powwow--a yearly event where members of the tribe come together to feast, sing, dance and give thanks. Native American culture is one that is centered on giving thanks, especially in times of hardship. It is a culture of seeking peace, both within us and around us, and one of respect—respect for elders, for yourself, for others and for the Earth.

During Native American Heritage Month, I ask that you step outside of your norm and think about a culture that is different than your own.  It will open up your life to new possibilities and new friendships.  Nyá:wę!

My family is originally from the Broken Arrow/Muskogee/Tulsa area of Oklahoma and is Cherokee/Creek Indian blended with a mix of Scottish/German. Although I grew up on a small farm in California, I spent summers in Oklahoma learning woodcraft, hunting, and fishing from my dad, grandfather, and uncles. It was during these summers that it was impressed upon me that a warrior’s biggest job is not making war, but providing for the needs of the family and the tribe, and protecting them from harm. I was the first child in our family to earn a bachelors in electrical engineering and my parents were thrilled.

Outside of work, my wife and I run a cattle ranch outside of Livermore and I spend my weekends tending to the livestock and maintaining the ranch. Having a deeper connection with the earth and being a good steward of the land we’ve been gifted is deeply important to us.

Native American heritage month is a time to celebrate our culture, reflect on the remarkable contributions the Native American people have made to this country, and the combined value we all bring to Intel through our diverse backgrounds. For me, it’s a time reflect and reconnect with my broader family. Over the course of history in our country some Native American families, like mine, have been very dispersed and it takes a lot of effort to maintain the connection to our culture. Our history is often told through stories passed down through the family, so I make time to sit with my momma and just listen while she tells the stories.

Each day I work hard to travel “the straight path,” a Cherokee concept encompassing truth, dignity, respect for others, and a strong balance of individual aspirations with the responsibilities to the tribe. I like to think it makes me a good team member to work with.

I am a citizen of the Confederated Salish and Kootenai Tribes (Ktunaxa) and also come from the Sisseton Wahpeton Oyate (Dakota) and Oneida of Wisconsin (Onyota'a:ka). I grew up in Los Angeles, which has one the largest urban Indian populations in the United States.

The value of professional organizations:

The American Indian Science and Engineering Society (AISES) has been the most impactful organization for me professionally. As many have come to realize through the diversity initiative, there are not that many Native
people with degrees in the STEM fields. AISES has always been that one place I could go and meet other Native people who share the same interests as I do. They may not always have a degree in computer science, but AISES members are as interested in science and mathematics and engaged in their communities as I am. Intel’s sponsorship and the active members of the Intel Native American Network in AISES were a deciding factor in my decision to join Intel.

I hang the flag of the Confederated Salish and Kootenai Nation in my cube that was given to me after graduating from Dartmouth College.

For me personally, I always try to know and recognize the first people who came to a place because it is easy to forget the shoulders we stand on, the story of those people, and their existence is survivance.