Celebrating Veterans Day: How the Army Prepared This Vet for Success at Intel 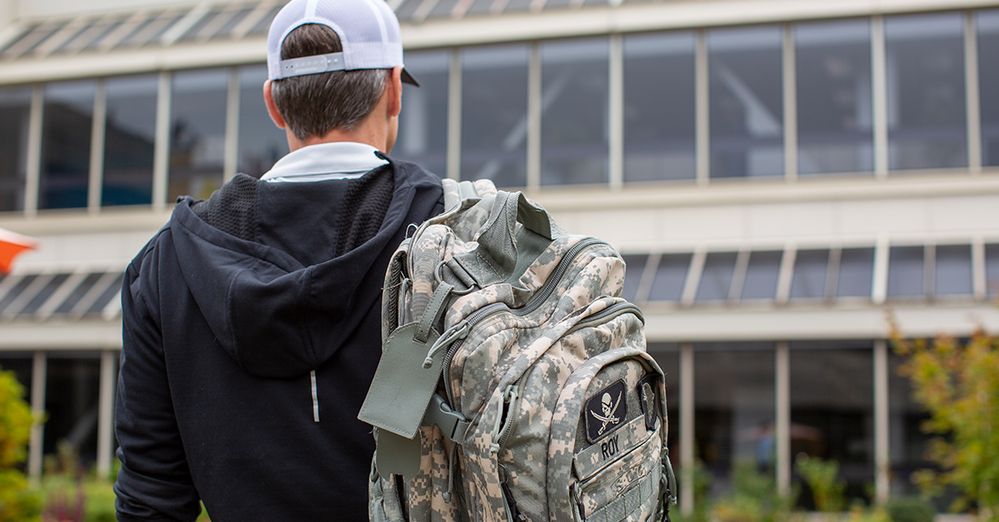 He didn't know it at the time, but a single decision as a young man put Jeremy Roy on the path to Intel.

Growing up in a small town nestled within Oregon’s lush Umpqua River Valley, Jeremy dreamed of a wide-open future made possible by a college education. Then a teacher told his class that few of them would ever attend college. Not one to give up easily, Jeremy decided to take another path forward. He enlisted in the Army. And inadvertently took his first step toward a future in tech.  

As a member of the 101st Airborne Division, his deployment in Central America came as a culture shock—and offered an opportunity for personal development that serves him to this day as a leader at Intel. “It shaped me. Gave me time to grow up,” he says of his time in the military. “I wasn’t raised to have any hate in my heart, but I grew up without a lot of diversity.” Interacting with new cultures opened his eyes. “I started learning and experiencing different perspectives. That’s something Intel has expanded on for me. The power that diversity has and what it enables you to do.”

What took Jeremy from the Army to Intel? After his service ended, he decided to prove his old teacher wrong and enrolled at Umpqua Community College. There he was introduced to Intel, which had a sponsorship program with the school. He graduated with his two-year degree in 2002 and immediately joined Intel as a fab technician. He continued to pursue his love of technology and helping others--becoming the face of his group’s onboarding efforts. “I do campus tours and help teach new people not to get lost. Our campus is large and a lot of it looks the same. I encourage the new folks to get up, walk around, explore. That’s the best way to learn.“

As with the Army, on-the-job learning has served him well at Intel. When a leadership opportunity arose, Jeremy threw his hat in the ring even though the role usually required a four-year degree. Given his time at Intel, he felt he brought valuable experience and qualifications to the table. Through his grit, hard work, and determination, he earned the promotion to Group Lead Shift Manager.

Jeremy comes to work every morning hauling his laptop in a military-style backpack that bears a patch reading “Roy.” The pack is so much more than a work bag to Jeremy, it honors his two oldest sons who followed in his footsteps. “My oldest son went into the Army and my middle son went into the Marines. He’s still in the Marines and stationed at Camp Pendleton. I’m going to carry the pack until my son is out of the military and then I’ll retire it. For me it’s symbolic. They’re in there still serving and it keeps me connected. A lot of people say thank you for your service – and I correct them and say I did serve, but this is for my sons.”

Though life took him in unexpected directions, Jeremy is confident he’s still on the right path and enjoys helping others discover their way forward.

“I’ve been in the military and worked in construction and at the VA hospital—I’ve done a lot of different things. Intel’s the best job I’ve ever had. It’s a good place to work. One of the things I’m excited about being a manager is helping folks see they can move forward and elevate their situations. If little ole me from little ole Roseburg can get here, anybody can.”

Jeremy’s leadership, open-mindedness, and passion for growth are qualities Intel looks for in their employees, regardless of the path they take to get here.