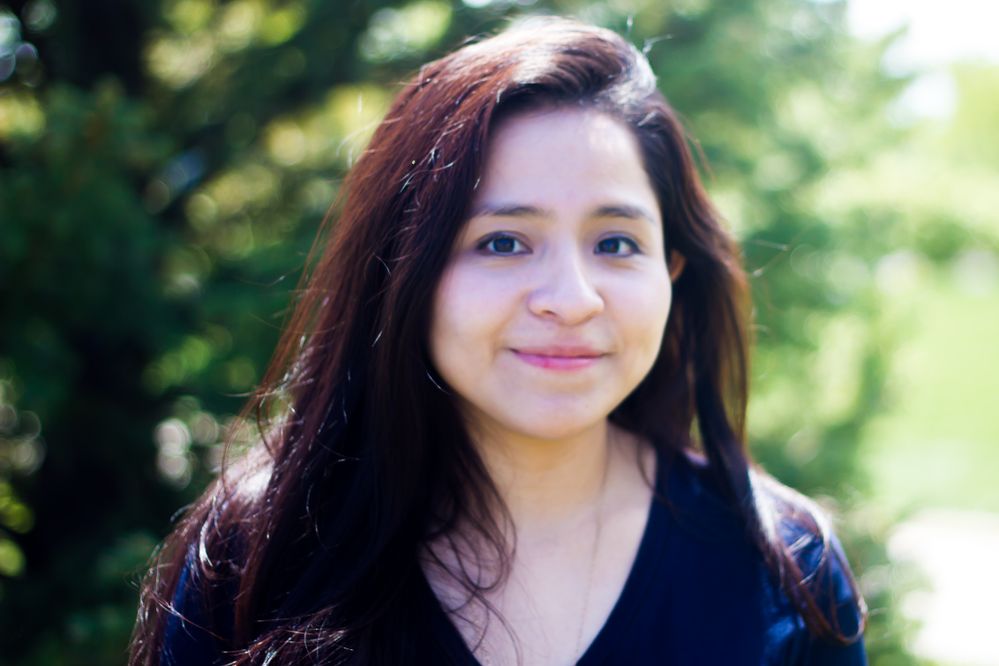 This blog was posted on behalf of Gabriela Lopez; a New York native studying electrical engineering at NYU Tandon School of Engineering and will be graduating in Spring 2018. She was previously an intern at Intel’s Fort Collins site working in the design center. She loves learning, trying new things and strategic board games like Settlers of Catan, Risk and Chess.

Ever since I was young, I knew I wanted to make the world a better place by using science. Over the years, my plans on exactly how I would go about achieving my dreams continuously changed. However, no matter what I was working on, whether it be collaborating with doctors and engineering students to find solutions to alarm fatigue in intensive care units or immersing myself in semiconductor research to learn about new technologies for neuromorphic circuits, my heart was always one hundred percent committed.

During fall semester of 2016, I learned that Intel had teamed up with fashion designer Rebecca Minkoff to host the first ever Design Ideation Camp at my school, the NYU Tandon School of Engineering. What drew me in, aside from the shiny, blue Intel logo, was the caption for the event, “Women should be creators and not just consumers.” This struck a chord with me because at that point in my academic career I felt as though I wasn’t bright enough to be an electrical engineer. Especially since I had struggled the previous semester with my engineering classes. At the camp, we formed a team and presented our idea of nearly invisible threads that ran across arms and legs providing warmth to the body similar to an electric blanket. This could be used in large indoor settings such as an office space where you don’t have control over the temperature. The idea may sound crazy, but that’s part of what made this program great--there was no limit on how farfetched our solutions could be. Through the workshop I also found Rhonda James, a mentor from Intel who managed a program called Stay With It, which was an online program that delivered content about engineering in the workplace, career resources, internship information and encouragement to engineering students so they stay enrolled in their engineering studies. She encouraged me to apply for an internship at Intel.

I ended up interviewing with Intel at the Society of Hispanic Professional Engineers (SHPE) National Conference.  When I received an offer for a summer internship at Intel, I could not sleep. I was in such disbelief that I was going to work with some of the most talented engineers in the world. At the beginning of my internship it was difficult to get up to speed on the software and tools while simultaneously producing results. I sought support from my amazing mentor and coworkers and reached out to various people at Intel who consistently reassured me everyone initially goes through this, but, like them, I too would overcome the challenges.

I’m proud to say I successfully completed my internship and now want to reach higher by pursuing a master’s degree. I would have never even considered applying to grad school if not for the amazing experience I had at Intel. I discovered that I can learn anything from the ground up, and that I am capable of one day conceiving even more creative solutions in the field of integrated circuits.
0 Kudos
Share