From Adoption to Goodbye: One Mother’s Story of Love, Loss, and Finding Peace

Writers will tell you every good story has a beginning, middle, and end. A great writer will tell you that the ending is never really finished because the story should leave you wondering what happens next. For me, my journey to motherhood had a beginning, a middle, and what I thought was the end. But it turned out to be so much more.

By Sarah Vedas
By day, Sarah leads the Employer Brand and Digital Marketing team at Intel. By night, she is Mom to her goofy daughter, reader of books, and hiker of mountains (or very big hills).

After college and letting go of my super hip anthropology lifestyle, I did what most people do. I got a job, settled down, and met my now husband. When we realized things were getting serious, we had, “the talk.” Not the one about marriage, the one about kids. Adopting a kid was always in my family plan, and while I knew that was 100% the right thing for me, I also realized it’s not for everyone. So, after some long nights, and a few bottles of wine, we agreed to have a kiddo biologically and soon after, start the adoption process.

In 2013, after trying for some time, we welcomed our spectacularly amazing little person into our lives. Zoë stretched my limitations of what it means to be a mom. Everything I thought I knew was turned upside down. Maybe it was the lack of sleep, but I, like many new parents, found myself questioning if I was cut out for this job. Was I a “good” mom? But, as time went on, and I finally got some sleep, I realized there is no strict definition of what it means to be a good mom.

After we packed up the decorations from Zoë’s first birthday, we started the application process to become adoptive parents. I will tell you, researching agencies, putting together our family book, meeting with social workers, is a lot less sexy than the old-fashioned way of making babies. But I knew in my heart this was what I wanted. Everything about the process was exhausting and fascinating. And then, we got, “the call.”

Adoptive parents will tell you how much their heart races when they are told they have a match. They will also tell you that you probably won’t become parents to that first match. And we learned this too, a few times over. Then, in February 2015, we got “the call” and this was it! We had three weeks to get ready. It was different, but we felt prepared now that we already had one baby. We thought we knew what we were walking into.

On February 25th, 2015 we met our son. He was perfect. But oh my gosh why does no one tell you how hard it is to have two under two!? I thought I didn’t sleep before, but this was a new level of sleep deprivation. The minute one kid was settled and down for the count, the other one would wake up. But I was happy. I had my two babies. My family felt complete. I felt complete. Everything I had wished for as an adult, aside from being a world-renowned anthropologist, was falling in to place. I loved my job, I loved my family, and I was secure in my notion of motherhood and what it meant.

When you go through the adoption process, you have to take many classes to be sure you’re ready to be an adoptive parent. Some of it was incredibly helpful. Our new family member was not going to look like us, and we had to be prepared for how to talk with him, and our family and friends, about his history. And some classes… well, let’s just say I could have really used that time to catch up on some much-needed sleep.

One class that you have to take talks about the overall adoption procedure. While it varies from state to state, there are some basic steps in the process:

But these were all just procedural. Merely steps that you took, that everyone goes through. You tick the dates off on a calendar and then you go to court and everything is official. Until it isn’t.

Up until this point I thought we had gone through “the call” enough times. We were past that part of the process. This was supposed to be the end of the adoption for us. We had our son, we had our daughter, and we loved them more than I ever thought possible. So why was I getting a call from the social worker on a random Tuesday afternoon? Because the man who signed over his parental rights, turned out not to be his biological father. And the man who was his father—when hearing that he had a child he did not know about and wanted to be a dad—had every right to be his son’s parent.

My heart dropped out of my chest. Nothing made sense. How could my son not be my son? We spent hours and hours with lawyers, with the adoption agency, with each other trying to make sense of things, trying to figure out what the next steps were. But after a week of dead ends and no other options, we were told we had to hand over our son, my son, my person who I had been dreaming of ever since I was a child, to a complete stranger. But I had no choice. I packed up some things for him, grabbed his formula, cried, and then handed him to someone else to be his parent.

The classes had not prepared us for this. I had no experience for what it meant to lose a child. To lose my identity. If I wasn’t an anthropologist or an adoptive parent, then who was I? Like many parents who have lost a child, I felt like I had also lost my purpose. My grief filled our house. For the first month he was gone, I kept his bedroom door closed. I couldn’t see his things without breaking down completely. I was unmoored. It didn’t help that I had to face Mother’s Day head on a week after losing my son. I was convinced that losing him made me a “bad” mom.

And then, a funny thing happened. There was a small, almost miniscule, crack in my gray that started to let in the tiniest bit of light. It was so small, but it was there, in my daughter’s giggle, the way she held my hand, or patted my back when I cried. I slowly started to realize that I was missing being a mom to the amazing human in front of me because I was so wrapped up in what I thought being a mom meant. To her, I was the perfect mom because I loved her, unconditionally.

I still wonder how he’s doing. I think about what he’s into these days as a six-year-old. Does he like dinosaurs? Is he reading? Does he have any brothers or sisters? But most of all, I wonder if he is feeling all of the love from his family that I had wanted to give him, that put me down the adoption path in the first place. Because no child should feel unloved. When I was able to come to terms with this, I was able to make peace with his leaving. It still guts me to my core, and Mother’s Day is still an exceptionally painful day for me, and for countless other people who want to be parents but can’t, who have lost a child, who are raising children in the most difficult of circumstances. Losing my son no longer feels like the end of my story, but the start of his, and the next chapter of mine.

So today, when you see someone who doesn’t want to celebrate Mother’s Day, or has a hard time with the day, be supportive of their journey. Because, the road to motherhood has taught me many things, but most importantly, that the only thing I can control is how much I love my children.

Intel understands the challenges and commitments of parenthood. A career with us means support for you and your family. Learn more.
0 Kudos
Share 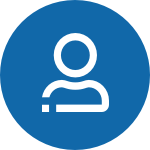 By day, Sarah leads the Employer Brand and Digital Marketing team at Intel. By night, she is Mom to her goofy daughter, reader of books, and hiker of mountains (or very big hills).