From Product Innovation to Process Automation, Projects at Intel Have Global Impact 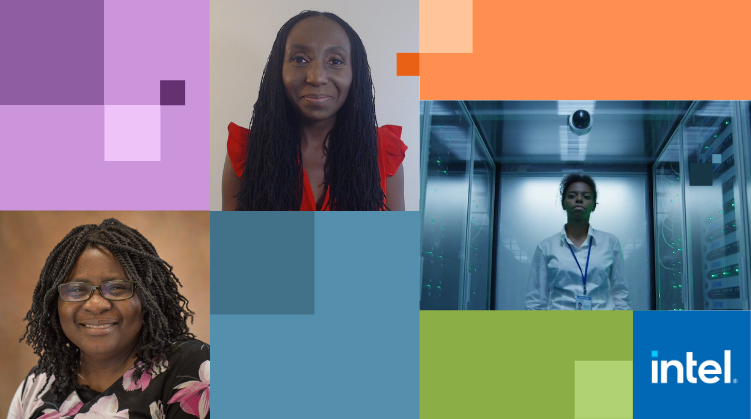 Platform architect Aline Sadate got a nice surprise two years after working on a secret project. When she started at Intel seven years ago, Aline was part of a team of engineers working on one of the most “fascinating” and “interesting” projects she’s ever worked on. The catch? None of them knew exactly what it was, even after visiting the client to ensure the finished board worked.

“You are making sure it’s working, but we have no idea what we are working on. We just know that everything is connected as it’s supposed to be,” Aline said. “Two years later, I get this email, and I found out that ‘Oh, yeah, by the way, you were working on the first Amazon Echo Show device.’”

Aline was also the system architect for the new 11th-gen processors for Chromebook laptops. Seeing the finished product for a project that was once only viable on paper and will now be out in the world and in people’s hands gives her a sense of accomplishment and impact.

“I look at it and say, ‘Wow, I worked on those devices, and I know what the board looks like. It’s a really good feeling,” she said.

What’s an engineer to do? Automate.
The impact of an Intel employees’ work spans beyond client projects. Kekuut Hoomkwap, who now serves as Strategic Chief of Staff, Systems and Security Architecture, created a tool that’s used to expedite a process in the workflow that would typically take weeks to complete. It now takes seconds.

When Kekuut first joined Intel, she was on the Product Development Engineering team, where her work focused on developing test vectors for microprocesor validation. Because Intel fosters an environment for both personal and professional growth, Kekuut was able to take time and be creative with how she did her work. The result? The new tool.

“What I noticed was a lot of the work was manual, and I just felt that there’s no point just doing manual work—because as an engineer, I could actually automate it. It was a lot of fun creating this tool that made vector generation a lot faster,” Kekuut said.

The space Intel provides for employees to be creative is one of the main things Aline loves about the company.

“I’ve learned not to be afraid of tackling new challenges. Coming to Intel and working on these different projects and with this new technology and knowing that I could try something new and succeed, I think that’s been really impactful and helpful,” shared Aline. “And that’s one of the most important things about my career here at Intel.”

Ready for a change? Take the next step in your career by checking out our open roles.