From Venezuela to Miami to Intel: ‘Dream Big’ 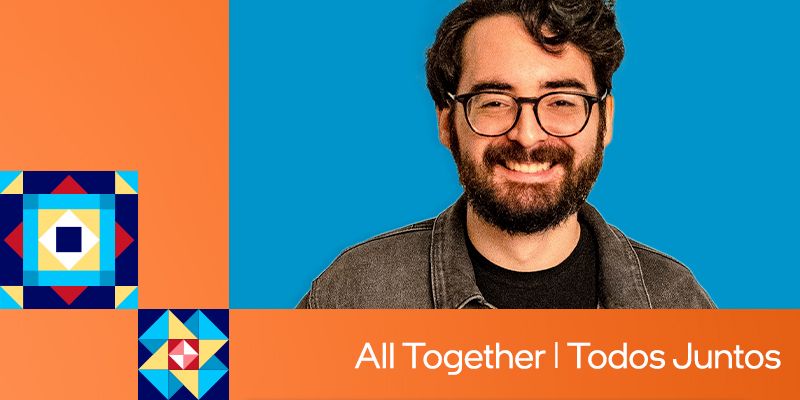 As part of National Hispanic Heritage Month (Sept. 15-Oct. 15), we spoke with Francisco Lujan about his roots, his work at Intel, and his play. See more about this year’s observance at goto/hhm.

Francisco Lujan loves his work. A casual observer might think he’s working all the time. Would they be mistaken? Yes and no.

Francisco’s professional role is video game build manager in Game Developer Relations within the Accelerated Computing Systems and Graphics (AXG) Group. His hobby is playing drums professionally with his band, “Mold!”, that has toured the United States — the country he immigrated to from Venezuela when he was 10.

“I don't think the younger me would've dreamed of this life,” he says.

He grew up loving video games — his first favorite was Crash Bandicoot — and now he’s working with some of the world’s biggest, like Gotham Knights, the Warner Bros. Batman game.  He’s played drums for over a decade, and he and his bandmates (also immigrants, from Lima, Peru) will play a big festival gig next month in Miami — his home.

From Maracaibo to Miami

Francisco immigrated with his parents and sister from Maracaibo, Venezuela, in 2005, moving in with his grandparents until they could get their own small apartment.

His parents picked up different jobs “to keep the family afloat” and eventually started their own business — a party-planning company they’re still running. “When I was younger, I used to go out and help them with preparations and decorations,” Francisco says. “I'm very proud to have been a part of their growth.”

After earning a bachelor’s degree in economics from Florida International University in Miami, Francisco worked for three years at a custom gaming PC company. Early this year he was recruited into Intel’s gaming group.

Francisco’s father — himself a percussionist — influenced his love of both music and video games. His father got him a Nintendo 64 “that I was probably too young to appreciate,” then later a PlayStation 1. “I fell in love with the games,” he says. “I still have my PS5. And now to be working in the gaming space — I feel very fortunate.” 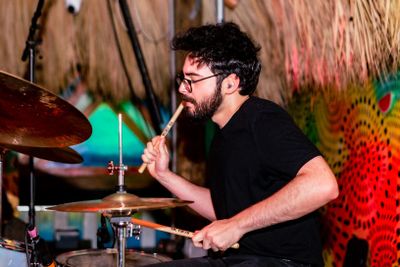 When Francisco isn’t working or playing, he likes to take classes “for fun” on subjects ranging from time management to software to accessibility — which is increasingly important to him. He’s glad to see growing numbers of video games including accessibility features, such as high-contrast modes or subtitles, removing roadblocks to enjoyment.

He uses LinkedIn to raise visibility of the Able Gamers Foundation, and he thinks accessibility will play a growing role in his career — perhaps researching and implementing accessibility features, not only in games but more broadly in technology. “I’d love to be more of an activist,” he says.

A responsibility to inspire

Francisco hesitates to call himself a role model for other Latin American immigrants, but he feels a sense of responsibility. “I hope to inspire people who come from a background like mine and want to move forward with some kind of career in this field. To show that if somebody like me can succeed, I'm sure that other people like me can also succeed.”

Francisco enjoys the diversity of Miami — “a huge melting pot of all kinds of different cultures from across Latin America.” He remembers as a child having classmates from Cuba who, like him, spoke Spanish — “but some of their Spanish was completely different from mine.”

As a relative newcomer to Intel, he likes the vibe here, too. “I love the Intel culture — how we’re always innovating, always trying to see how we can solve a problem by being constructive, by talking about things, having different points of view.”

He hopes to help Intel’s gaming business grow. “Especially with the new line of Arc products, gaming will be more and more important for Intel in years to come. I would love to be a part of that future.”

Francisco’s advice for others — whether they’re immigrants, musicians, or anyone? “Continue dreaming big. Chase the things that really matter to you.”