In the Face of Adversity, Authenticity and Fearlessness Led Brittany to Success 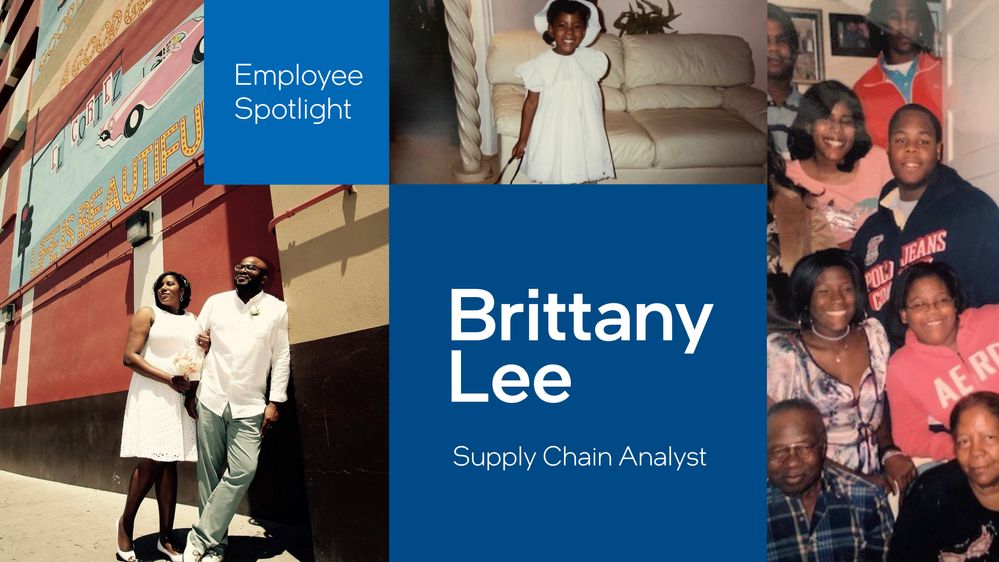 We_Are_Intel1
Employee
0 0 205
Brittany Lee often felt that people from her community were not supposed to “make it.” It seemed like the cards were stacked against her from the start.

Raised by her grandparents on the northside of St. Louis, Brittany grew up in a neighborhood plagued by drugs and high crime rates. Despite her surroundings, she was determined not to become a product of her environment. Neither of her grandparents had surpassed the fourth grade. Brittany, who was classified as being “gifted,” saw college education as her ticket out, after seeing firsthand the struggles she would face without a degree.

“While growing up, my grandparents would say people who worked at Anheuser-Busch or Boeing, had made it in life,” says Brittany.

Keeping this at the forefront, she focused on her schoolwork. A friend suggested she apply to Fontbonne University, a local Catholic college, where she soon became one of the school’s few students of color—a drastic change from her upbringing. While she was there, her positive mindset helped her break down stereotypes and broaden her own perspectives. By age 23, she had earned an undergraduate degree in fine arts and a master’s in business management.

After graduating, Brittany had the opportunity to work for both companies her grandparents had spoken so highly about, first joining Anheuser-Busch, then Boeing, in supply chain. However, she never felt like she could truly be herself.

She found happiness through marriage and by starting a family of her own. But professionally, she felt like she had more to offer and accomplish. She continued her career path in supply chain, and worked for a smaller Fortune 500 company, where she began to make a more meaningful impact. But, having spent her entire life in St. Louis, she felt destined to make an even greater change.

“It’s not that I didn’t enjoy my job in St. Louis,” Brittany says. “It’s just that I felt I wasn’t challenging myself and living up to my full potential. Now that I had a daughter looking up to me, how could I tell her to follow her dreams when I wasn’t following my own?”

At that time, during her performance evaluation, her manager asked where she wanted to be in a year, and Brittany responded, “In Arizona.” She looked him straight in the eye and told him that she wasn’t going to be in St. Louis by end of year. The Grand Canyon State seemed filled with endless opportunities for herself and her family.

Confused, her manager asked her what she meant, warning her that this could impact her consideration for future opportunities. But she stood her ground and reassured him that she was willing to take that chance. And sure enough, that October someone from Intel’s Arizona office contacted her about a temporary role working in Global Supply Chain.

“My friends and family started questioning my sanity,” says Brittany, “I resigned from my stable, good paying job, and sold my home to move across the country for a position that wasn’t guaranteed to last.”

As soon as Brittany joined the team in Arizona, she received rave reviews for her work. Still, Brittany sometimes struggles with being too hard on herself and finding contentment. And having lived life in survival mode for so long, she often finds herself being in an unspoken state of fear.

It was a turning point when she joined the Network of Intel African Ancestry (NIA), an employee resource group (ERG). The group helped her feel part of the growing community of Black excellence at Intel, while expanding her network and creating allies with others who could provide guidance on her journey to secure a permanent Intel role.

After a year, Brittany accepted a full-time role as a Supply Chain Analyst in Global Supply Chain. She collaborates with commodity managers and engineers to enable the procurement of capital equipment, which supports the ramp of Intel Fabs.

Brittany feels like she is at a place that recognizes and celebrates all aspects of fearlessness, whether it be taking on new opportunities or bringing authenticity into the office.

When civil unrest occurred following the murder of George Floyd, Brittany felt empowered to share her perspective as a Black woman and a mother to a Black son, with over 500 of her fellow Intel employees. When Intel took a strong stance in support of Black Lives Matter, it reinforced their commitment to support efforts to address social injustices and anti-racism.

Brittany says, “Prior to Intel, I would wear my hair straight to fit in with my peers. But I’m quickly finding out my peers actually wish they had hair like me.”

Brittany still grapples with her past but recognizes and appreciates just how far she has truly come.

“I used to be embarrassed to tell people where I came from because I didn’t feel like I fit in,” says Brittany. “But now I’m starting to realize this is my testimony. I am so much more than just what people see on the surface.”

Over the years, much of Brittany’s immediate family has left the St. Louis area to join her in Arizona. She loves having them over and recreating some of her grandmother’s favorite soul food dishes. It’s in these moments, Brittany is the most joyous, living her best life, and feels she has “made it.”