One technologist’s journey back to Intel: “It truly feels like home for me.” 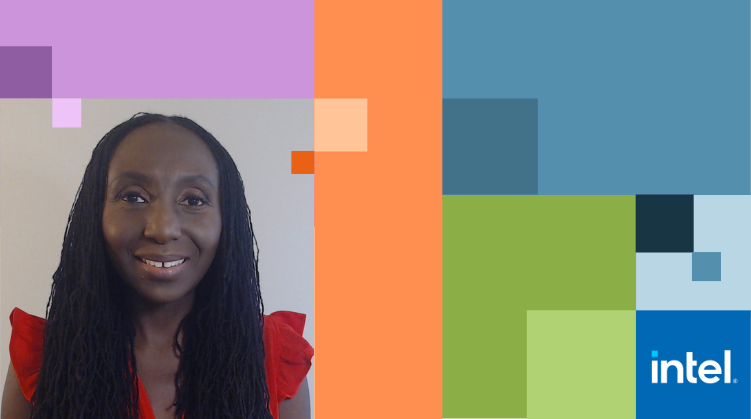 No two career paths look the same. And after working at Intel for 10 years, Kekuut Hoomkwap’s next step was to pursue a very different path, at a startup. Intrigued by the chance for a change, she saw an opportunity to dig deeper into her entrepreneurial and strategic skill sets, while also leveraging many of the things she’d learned at Intel.

But after six years away, Kekuut returned to Intel in 2021 as Strategic Chief of Staff, Systems and Security Architecture.

“When I left Intel, I was looking to do something a bit different. So I built a technology around women’s health, and that uncovered a different interest and skill set that I had,” Kekuut shared. “Going to a startup changed the way I viewed things. And when I came back, those views were appreciated and respected, and that meant a lot to me.”

So, what was it that brought her back? Her experience at the startup gave her a new perspective and a chance to reflect on all the things she valued—and missed—about Intel.

“I missed working with some of the greatest minds in the industry,” Kekuut said. “I call it coming back home, as our CEO uses that phrase. It truly feels like home for me because the bulk of my career had been at Intel, and when I left, I learned a lot about the things I took for granted—like the sheer intelligence that I get to work with, as well as the cutting-edge technologies that I get to be a part of.”

Though she found satisfaction in being able to build something out of nothing at the startup, Kekuut began to recognize many things she’d valued about Intel were missing in her new career. At Intel, she had the space to be creative, while collaborating with tech greats and leveraging valuable resources that brought out the best in her work.

“You’re given space to solve problems, but then you’re just not left hanging. You are able to build upon the shoulders of the greats,” shared Kekuut. “I’m talking about some of the greatest minds in technology. There’s a repository of knowledge that you can actually grab and put into what you already have and build something even greater than your initial idea.”

Another thing that she appreciates about Intel? The authenticity. Kekuut shared, “this may sound cheesy, but when I interviewed with Intel, I felt the people were genuine. They were true. They were real and the conversation was just free flowing.”

Kekuut felt comfortable at Intel, like she could show up as herself and speak her mind while still being valued and respected. That’s why she came back. And that’s why she calls Intel home.

Interested in a career where you will thrive as yourself?
Discover opportunities to join us today.

What an inspiring journey Kekuut of courage, curiosity and determination. I am so glad you are back with your Intel family!