Super Opportunity! Life after having a commercial air during the Super Bowl. 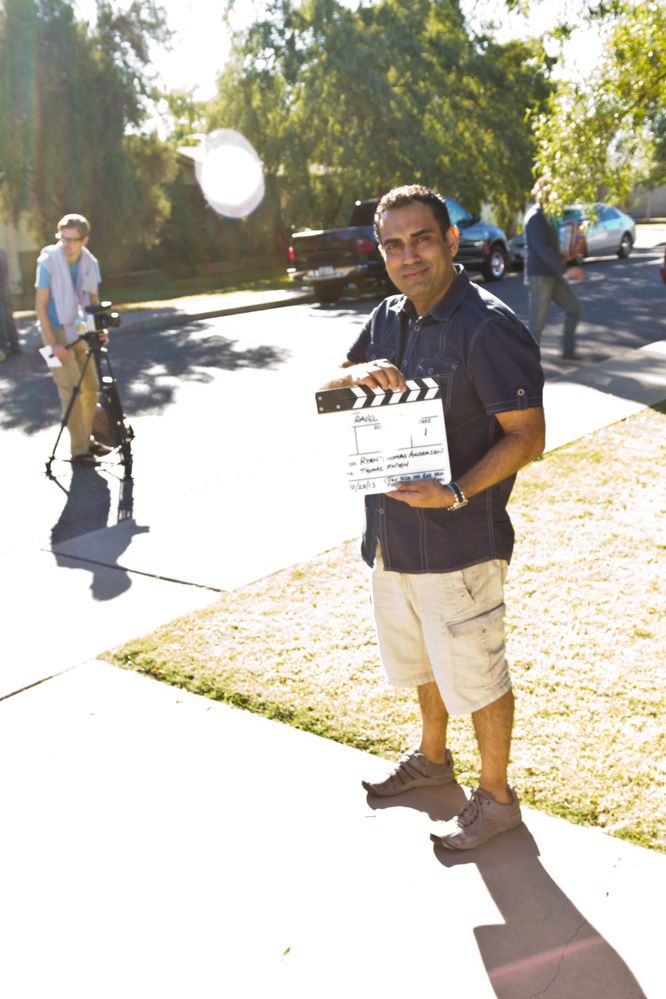 
At this time last year, I was kind of a big deal which was unusual territory for me.  I was a special guest in the Doritos suite during Super Bowl 48 (sorry, I don't do roman numerals) at MetLife Stadium in East Rutherford, New Jersey.  While in the suite, I rubbed elbows with high level Frito-Lay execs, met comic legend Stan Lee and took in a Bruno Mars halftime show that was spectacular.  So, how does a ordinary system analyst at Intel get to this point in life? I was a finalist in a Doritos commercial competition by being a co-creator on the commercial you see above.  I was in the suite with 4 other finalists watching the game to see if my commercial was going to air in front of 110 million people.

And with that, I won a portion of a million dollars.  Then things really got insane.  I didn't sleep for 2 weeks. I was doing media tours all over the place.  Reporters would ask to do Skype interviews with me and half the time, I'd be wearing a nice shirt and just boxers below because I was so tired and sleep deprived.  I was being bombarded with film scripts in my inbox.  I had an offer to meet the then CMO of Intel, Deborah Conrad.  I couldn't keep my phone charged because it was buzzing non-stop for 3 days.  I stopped looking at it.  In the midst of all this mayhem, I knew I had to capitalize on this.  I didn't want to be a one hit wonder.  Surely, this was the time I was going to leave Intel to pursue my passion of telling stories through film.  Now was the time to go seek out an ad agency or move to Hollywood to become a big time producer, right?

I came to Intel with a degree in Computer Science from Virginia Tech in 1997.  My first job title: Yield Analysis Software Engineer.  I honestly can't remember what I even did in that job.  A few years later, I heard about Intel Labs and some cool technology that was being developed there.  I was able to secure a job there as a Content Protection Software Engineer.  Basically, I was enabling copy protection (DRM) solutions for digital media.  It was a very ironic position for me since I have vast memories of copying hundreds of games for my Commodore 64 back in middle school.  Pitfall was my favorite.  But I digress...

A few years into my new job, I was developing my passion for acting and film production outside of work.  At work, I knew I wanted to get a less technical job.  Software engineering just wasn't fun for me anymore.  I kept wondering: Do I need to go back to school? Should I get an MBA?  Both were fine choices but then something really neat happened.  I was presented an opportunity to become a Content Protection Technical Standards Engineer.  Long story-short, I got to travel the world and attend consortium bodies on behalf of Intel defining copy protection standards for digital media.  Now, this was a fun job and it allowed me to get out of software engineering while leverage my technical background.  I thought this was it.  But, then the unthinkable happen..

Yup, I was going to be an actor.  10 months went by and I  burned through a ton of cash and sold all my stock options.  It was awesome.  I sold cars to make a little money.  I was terrible at it but it is still one of my most favorite jobs that I've ever had.  But ultimately, I put my acting dream on hold and realized I needed a steady income.  Wouldn't you know it - I was able to get a job at Intel again - as a software engineer.

I actually had fun with my second foray into software engineering but I still knew it wasn't for me.  So, I became a system analyst - basically, I was a business guy on a software team.  This was more my speed.  I was cruising along in my system analyst role but then... I won a big time commercial contest.  Surely this was the time to leave Intel, right?

Not too long after the win, I was recruited to help on a video project for talent marketing which led to me securing a job on that team as their social media community manager.  I love this job as I get to tell stories about why Intel is a great place to work.  I do this by constantly posting selfies and cat pictures.  OK - slight embellishment.  But, I do have one of the coolest jobs around as I get to set global social media strategies to promote our employer brand.

Fast forward to today.  My 15 minutes of fame are just about up.  However, it's interesting when I think back on my career.  I think about how I started as a Yield Analysis Software Engineer who knew nothing, to where I am now as the Talent Brand Social Media Community Manager.  (And it's debatable as to whether or not I know anything now.)  There has always been this tug-of-war between pursuing my passion and working on my career.  But the great thing is that in all these instances, I was able to find these opportunities right here at Intel that allowed me to do both.  In fact, I never even had to leave Arizona and I feel so fortunate that all these opportunities were available to me and that I was successful in my pursuit of them.  It makes me feel confident that whatever passion I decide to pursue in life, I'll be able to find a job here that allows me to apply it.

What about you?  How many different jobs have you had in your career?  Let us know in the comments!