Taking Off: A Paralympic Long Jumper Finds a Career With Purpose at Intel 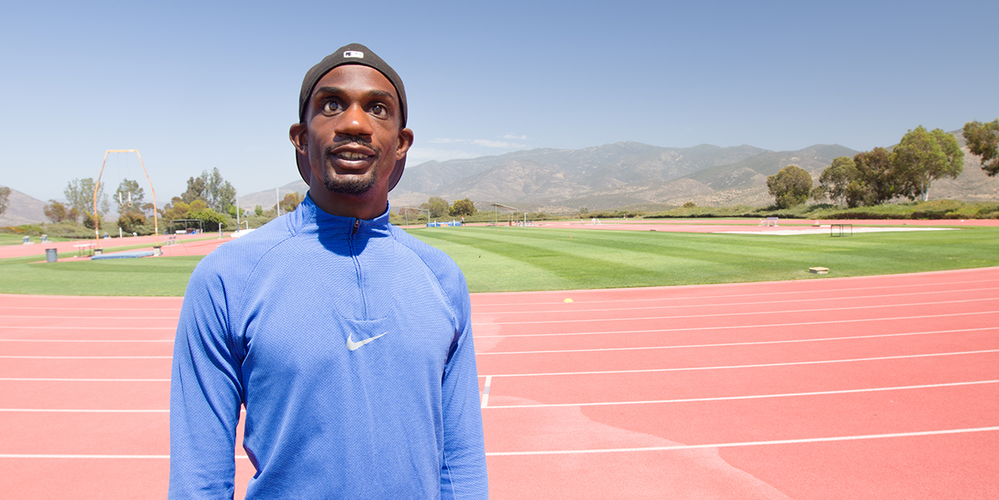 Lex Gillette knows what it means to persevere. When he lost his vision at a young age, he learned how to make the most of every situation. This drive and determination landed him the silver medal in the long jump at five Paralympic games. In addition to competing, he’s using his experience to help advance Intel’s commitment to Olympic and Paralympic athletes around the world.

The Similarity Between Sports and Business
When an email hit Lex’s inbox about the Athlete 365 program, he didn’t think there was a lot to lose in learning more. The program introduced him to a mentor at Intel and he quickly found an opportunity where he could learn more about business, but also share his experience to help drive business impact.

“One of the biggest things that my mentor has shown me is just how similar the athlete world is to the business world and business life,” Lex shares. “And hearing those things from my mentor, it’s like alright, this is pretty similar to what I deal with on a daily basis; it’s just a different arena.”

Lex joined Intel in early 2021 and is a team member in the Olympic and Paralympic program office. His experience as an athlete is bringing real-world application to the technology solutions the team is developing.

Building Technology Solutions to Help Others Like Him
As someone who has grown up using technology to help him with day-to-day life, Lex knows the important role tech can play for those with a disability. “From computers to smart phones, technology has helped level the playing field for someone like myself who is blind.”

Lex and his team are working on projects that relate to his lived experience and have the potential to help those who are blind or visually impaired.

“I bring a lot of my Paralympic experience to initiatives that are specific to persons with a disability, so a lot of accessibility initiatives and working daily to connect the dots to figure out things that can help from a technology standpoint.” These projects can have huge implications and Lex wants to help his team get it right.

The Path to the Paralymipcs
Lex discovered the long jump during a regular physical fitness test in his high school P.E. class. His teacher saw him jump and thought he may have something special. “He told me about the Paralympics and being able to travel the world and break records and do all of these awesome things,” Lex shares. “And from there it was alright, let’s learn about this event and literally figure out how I’m going to participate successfully.”

With the support of his coach and his family, in just a few years, Lex went from freshman long jumper to placing silver in the 2004 Athens Paralympic games. “Getting on the podium for the first time was really special because my mom, my grandmother, my coach, and his wife were all there,” he says. “To have the people who supported me and helped build me into the person and the athlete I am, that was really special because they got a chance to experience that as well.”

Since Athens, Lex has been the silver medalist in three other Paralympic games and now his goal is gold at the 2020 Tokyo games.

The Support to Live His Dreams
Intel supported Lex’s dream of a gold medal in Tokyo. “They understood  the priority was  to go to Tokyo and win gold,” says Lex. “When you have an employer who works with you in that fashion, that makes you want to show up to work.”

In addition to working a flexible schedule around his training, his team went the extra step of rescheduling a standing meeting so he could participate. Even though a day and time had been pre-established, when Lex joined the team, they changed it so he wouldn’t miss it due to his training schedule. “You say to yourself, alright—this is a great team. They’re giving me flexibility and they’re also being flexible as well.”

Intel knows that Lex brings the same tenacity and effort he puts on the track, back to the office. With a 2nd place finish in the 2020 Tokyo Paralympics, Lex continues to bring his best to both his career in sports and at Intel. And we couldn’t be more proud!
0 Kudos
Share