Three Veterans on the Importance of Memorial Day 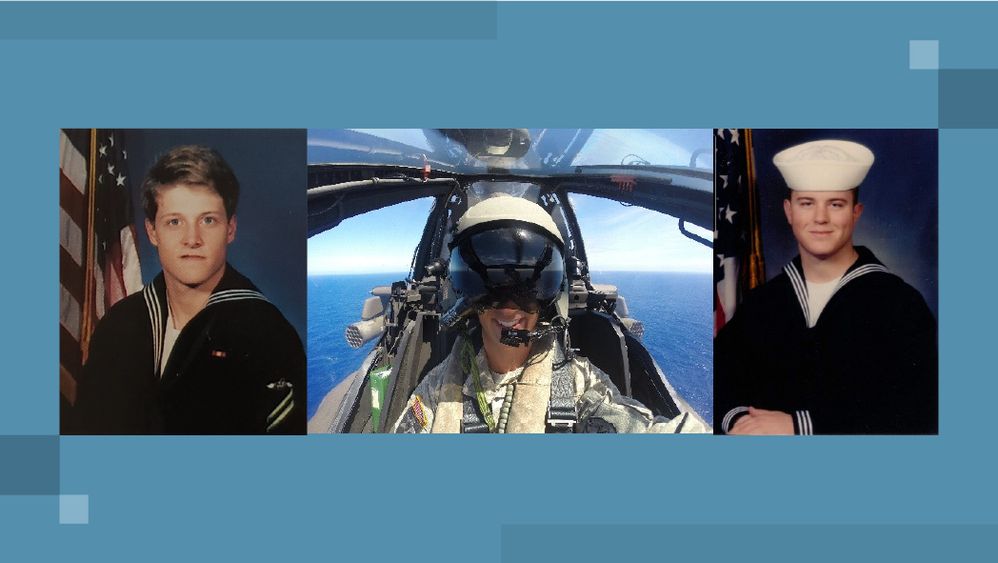 We_Are_Intel1
Employee
0 0 160
Memorial Day is an opportunity to honor and bring awareness to the U.S. military personnel who have died in service. For all Intel employees, friends and family who are either currently serving in or have served in the military, thank you. As we celebrate with family and friends this weekend, let’s hear from American Veterans @ Intel (AVI) members Dale, Nathan, and Brandon about what Memorial Day means to them, and how we all can celebrate and remember this year.

I came to Intel by way of Aircraft Carrier. Many moons ago, I lived in Montpelier Vt., hating the winter and looking for a way out. My out came when high school ended, and I had no intention of going to college. What did catch my attention is a little movie called “Top Gun.” That movie got me excited about something bigger. I signed up for the Navy a year before graduation and began learning about what it meant to be in the U.S. Navy. Graduation came and went, next thing I knew I was flying out of Boston to San Diego, Calif. I began my work on the very aircraft that flew in the movie. While working on this aircraft, I sailed on the USS Kitty Hawk CV63. She was the last of her kind. Now, she’s retired along with the aircraft she carried. I did two cruises in Asia and I got to see Japan, South Korea, Singapore, and Hong Kong. At the time, the military was experiencing deep cuts and my rate in the Navy was overpopulated with Airedales (Navy Aviators), so I was offered a separation bonus to get out on an Honorable Discharge. I immediately started looking for work even before signing my exit papers—and coincidentally Intel was having a job fair in San Diego. I went to the job fair and I’ve been working for Intel ever since. That was almost 30 years ago. Thanks to my work in the Navy, I was able to go work for a great company. To think, if I had never left Vermont as a sailor, I may have never gotten the opportunity.

I vividly remember wanting to join the military the morning I was staring at the TV, watching the World Trade Center towers fall. I felt that if I joined the military, I would be able to serve others by supporting and defending the beliefs that the U.S. was founded upon, in hopes that we would never witness such an attack on American soil again. I was commissioned as an Army Aviation Officer and learned how to fly Apache helicopters. The greatest honor of my time serving was being entrusted to lead a team in combat, making lifetime friendships along the way. The Army provided a sense of comradery and a shared sense of purpose across a diverse group of individuals. We all depended on one another, and the only guaranteed thing we all had in common was that we all volunteered to support and defend the Constitution of the United States and a country full of people that we would likely never meet. It was a testament to the unbelievable power of a shared purpose and mission that everyone truly believed in. When my time in the Army came to an end, I knew I wanted to make a positive impact through technology but put off any major career moves by going to grad school. My program director at MIT suggested I look at Intel and after a few introductory phone calls and conversations with veterans at Intel, I knew it was the perfect place for me. While most veterans were away for a few of life’s precious moments and others may have lasting memories of what they experienced while serving, the real heroes that we celebrate on Memorial Day are the ones that will never come home from serving what they believed is the greatest country in the world.

Enlisting in the Navy was one of the most memorable experiences in my life. I left for bootcamp shortly after high school graduation when I was only 18 years old. After two years of nuclear power school, I found myself onboard a nuclear submarine where I would spend the next 6.5 years. With 800+ days spent underwater, I experienced a lot, including Hurricane Katrina passing right over us in the Atlantic Ocean. Even though we were submerged, we were tossed around like a toy in a bathtub. With no forms of communication, we had to rely on one another. The comradery was bigger than anticipated. Additionally, it was surprising and amazing every day to see everything in the engineering space work together underwater... a nuclear reactor, turbine generators, water purification, oxygen generation, air filtration, sonar, navigation—all simply amazing. Now I have the pleasure of recruiting and hiring many great veterans on Intel’s behalf. It always gives me a sense of fulfillment to meet, speak to and interview veterans from all walks of life. Memorial Day is a reminder that some gave all to defend the freedoms we enjoy. Each Memorial Day, I ensure my flag is flying and take a moment to reflect on those lost while serving. I like to involve my daughters in these reflections, so they understand the significance of the day. Although BBQs and floating in the river are great ways to celebrate, there is so much more to this day.