Since the early days of Linux and the founding of the Linux Foundation, Intel has been instrumental in the creation of software technologies on which the world depends today.  Greg Lavender, Intel’s CTO and leader of the Software and Advanced Technology Group, said, “Intel has long played a key role in contributing to open source. I’m excited about our role in the future building towards our Open Ecosystem vision.  As we endeavor to achieve our core developer tenets of openness, choice and trust, software security is at the heart of creating the innovation platforms of tomorrow.”

From readying the kernel for new hardware to advancing security technologies, Intel has dedicated its development at all layers of the software stack to enabling the community to unlock the full capability and trust built into hardware. Intel plays a pivotal role in developing foundational technologies delivering greatly enhanced security postures, such as application isolation with virtualization, making containers more secure, confidential computing while data is in motion, secure onboarding of devices, and many others.

Following Greg Lavender’s focus on security in his keynote this week at Intel Vision, I was honored to join other companies at an important gathering of open source stakeholders in Washington, D.C.  Intel, together with other Linux Foundation contributors, described a vision for enhancing the trustworthiness of open source. I commend the Linux Foundation for its essential efforts and leadership in advancing these conversations.  This work by the Open Source Security Foundation is helping the ecosystem understand that while open source is not inherently safer, or less safe, than proprietary code, leading contributors and users of open source are working together, like only open communities can, to do the right things to invest in the security of the software that powers this planet.

Intel has a long history of leadership and investment in open source software and secure computing: over the last five years, Intel has invested over $250M in advancing open source software security. As we approach the next phase of Open Ecosystem initiatives, Intel is growing its pledge to support the Linux Foundation by double digit percentages. Intel will continue to invest in software security technologies and to advance security and remediation practices within the community and among those who consume software from the community.

Intel remains committed to future innovation and strengthening the code bases on which we all depend, and we will continue to contribute as a foundational member of the open source community. 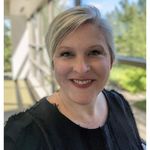 Melissa E. Evers is vice president in the Software and Advanced Technology Group and general manager of Software to Execution organization at Intel Corporation. Her responsibilities span crafting strategies, planning and execution across SATG, as well as xIntel SW Transformation initiatives. Based in Portland, Oregon, Evers leads Intel’s open source strategy and engagement across associated communities. Outside of Intel, she serves on the governing board of the Linux Foundation, and has served in many other Open Source Governing boards from CNCF, Open Infrastructure to chair of the Linux Foundation Edge.
Authors