Ethernet Products
Intel® Ethernet products and technologies
Announcements
Welcome to the Intel Community. If you get an answer you like, please mark it as an Accepted Solution to help others. Thank you! 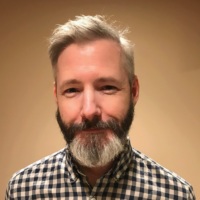 Running all necessary commands to build a new team via Powershell just hangs after entering TeamName. I've also tried pipping 'Get-IntelNetAdapter | New-IntelNetTeam' which doesn't seem to do anything except ask for the first TeamMemberName on down to TeamName. It's acting like it's not accepting the pipped info. And yes, I'm running Powershell as the Administrator... any attempt to do so otherwise notifies you to run in Admin mode. All four adapters are active and have valid settings. All hardware/connection tests etc pass. This same hardware setup was working fine in the previous Windows/Intel Network software releases.

Daniel_D_Intel1
Employee
1,174 Views
Hello, We have prioritized resolving this issue, but reproducing the issue on our end has not been successful using various configurations. For those experiencing this issue please indicate the following, so we can recreate a configuration that gets the same error and hanging issue in PowerShell: Are you using Windows 10 Home, Pro, or another version? Did you update from RS4(1803), another build, or a clean install of RS5(1809)? Did you have 23.2/4 or another version of PROSet installed prior to update, and did you uninstall Teams/VLANs and drivers prior to updating to RS5? This will help us configure a system with the same issue, and work on a solution. We will post any updates in this thread when available. Best regards, Daniel D Intel Customer Support Under Contract to Intel Corporation
0 Kudos
Copy link
Share
Reply

Teams/drivers were not uninstalled prior to 1809 update

I want to see my VLANs tab back.

Yes, I tried to configure from Computer Management only.

Generally I had to remove Advanced Network services in 23.5 (or 23.5.1) to stay alive. With ANS installed on 23.5 drivers on 1809 release, not only I am unable to create a team, there are other issues too.

I think the root cause to the issue is that on the affected conifgurations, Advanced Network Services (ANS) components of 23.5 drivers prevent installation of new network devices.

If you open Device Manager -> Network Adapters and attempt to create a team with PowerShell CMDLet, you will see Intel Virtual Teaming device appear and disappear in Device Manager after some time (and the PowerShell command will hang/run forever).

Exactly same thing happens if I try to install any other Network Device (e.g. TAP adapter for VPN) - it appears and then disappears and VPN software installation fails.

Other side effects I noticed are inabiltiy to rename network connection(s) in Control Panel's Network Connections window, the window will hang and you will never ever be able to open it anymore (even after reboot). I had to restore Windows from disk image to recover form that.

Has anyone that is affected by that CMDLet hanging issue experienced any of these these 'side' effects I mentioned above ?

The only way to avoid it is to install 23.5 drivers without ANS or downgrade to 23.4 drivers (or below).

However if you install 23.5 without ANS then the new PROSet Configuration utility fails to detect any Intel network adpaters. Behavior which I condsider ANOTHER BUG of 23.5 drivers because without the new PROSet tool you're unable to change Intel adapter settings (because Device Manager tabs are gone) and ANS shuold really be installed only if one needs VLANs/Teams.

I have another PC that has just one Intel adapter (I219V) so Teams are not possible there. It went through similar path of upgrades that originated at Windows 7 and ended at Win 10 1809. I installed 23.5 drivers there (via direct upgrade from 23.4) with ANS and none of these 'side effects' are observable there so I can rather safely assume that Team creation wolud be succesfull there (if I had second Intel adapter to create a team).

I had to install ANS, ptherwise, as mentioned again, the new PROSet utility is unable to detect Intel adapters.

So it's not the sequence of Windows 10 upgrades that is causing the issue. It's probably interaction with some other software components installed but difficult to for me/us to guess what that is.

No surprise then that if you install a clean copy of Windows 10 1809 then everything's working fine.

Intel's challenge is to find out what is causing that behavior on non-fresh Windows installation since it's difficult to expect that everyone affecte will reinstall Windows.

Daniel_D_Intel1
Employee
1,174 Views
Hello, Thank you for taking the time to share your configurations. We have reproduced the issue and currently working on a solution. Please continue to monitor this thread for any updates. Best regards, Daniel D Intel Customer Support Under Contract to Intel Corporation
2 Kudos
Copy link
Share
Reply

Thats great news! It there an estimate when we can expect new version?

Daniel_D_Intel1
Employee
1,174 Views
Hello, Thank you for your patience and feedback. We have verified the issue and it will be fixed in a future release of PROSet software. Unfortunately we do not have details of when the next version will be released. Please watch the thread for any updates. Best regards, Daniel D Intel Customer Support Under Contract to Intel Corporation
1 Kudo
Copy link
Share
Reply

I'm having the same problem here. I know you're looking for a solution already but I'll leave my feedback, it might help someone.

No teaming interface in the UI

Tried using powershell. Get the error:

Supply values for the following parameters:

Also my SSU file is attached.

Thank you and hopefully we get a solution soon.

I can't manage to add VLANs!!

Where is VLANs tab?

CrisselleF_C_Intel
Moderator
1,147 Views
Hello NOklo, The Teaming and VLAN features in PROSet for Windows device manager have moved, as Windows 10 1809 and later no longer supports this function. Please use PowerShell to create VLAN. To create a VLAN in PowerShell use the following: 1. Open Windows Powershell as administrator. 2. Import the PROSet Powershell* module using this command: Import-Module -Name "C:\Program Files\Intel\Wired Networking\IntelNetCmdlets\IntelNetCmdlets" 3. Type "Get-IntelNetAdapter" to display the name of your network adapter. 4. Type "Add-IntelNetVLAN" to initiate the creation of VLAN. When prompted for "ParentName", you can use the name of your network adapter from the "Get-IntelNetAdapter" output. The PowerShell commands for Intel PROSet are described in the following link: https://www.intel.com/content/www/us/en/support/articles/000023545/network-and-i-o.html You may also refer to the link below to check what's new on this release for Intel(R) Network Connections Software Version 23.5.1: https://downloadmirror.intel.com/22283/eng/readme.txt Please let me know if you have any other questions. Best regards, Crisselle C Intel Customer Support Under contract to Intel Corporation
0 Kudos
Copy link
Share
Reply

I didn't know about incompatibility windows 10 1809 and Intel VLAN tab. Thank you!

Any way I did exactly what you wrote:

What I did wrong?

Execution of command above just drop timeout for 1-5 minutes and turning off interface without creating any virtual interface for VLAN.

It's frustrating being not available to work at computer!