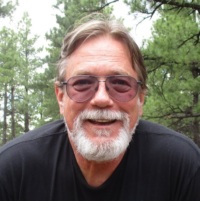 I downloaded the latest Linux driver, i40e-2.9.21.tar.gz and expanded it in /usr/local/src/i40e. Compiling it with "make" seemed to work, but a subsequent "make install" produced an error undefined symbol error for the function "i40e_restore_interrupt_scheme". looking at the function, it's declatarion at the top of the file was there, but the actual function was surrounded by ab "ifdef CONFIG_PM". Looking into that, I could not see where it was defined anywhere, but in several places ut was undefined for one fersion of the Linux kernel or another. Since my kernel is fairly recent and it looks like it was undefined for 2.X kernels, I took a chance and just removed the "ifdef" statement. It then compiled and installed. The driver module is loaded, as confirmed by a calls to "ethtool -i enp94s0f0" and "ethtool -i enp94s0f1" The CentOS Network app says the port is connected, but I cannot ping out and "ifconfig" shows it up but not running. I guess when you hack of driver code to get it to compile you really shouldn't expect it to work perfect. I need to know how to compile this driver correctly. Any ideas Intel?

We found a similar inquiry from you on our end and you requested it to be closed. Please let us know if you have resolved the issue and if you need any other assistance from Ethernet team.

We have checked on our end that this inquiry is being worked on currently. Please be informed that we will now proceed closing this inquiry to avoid duplicate and confusions in the future.

If you have any other concern or further assistance needed, please do not hesitate to post a new question.