I have 2 servers Windows 2008 R2 x64 that I have just installed X520-DA2 cards. The moment I attach the cable the network adapter disappears from the network connections screen and in the device manager it displays a message that 'Windows has stopped this device because it has reported problems.'

The System event log records an error "The driver was unable to load due to an unsupported SFP+ module installed in the adapter." which seems to indicate that I am using an incompatable cable. However I have reviewed the information at http://www.intel.com/support/network/adapter/pro100/sb/CS-030612.htm http://www.intel.com/support/network/adapter/pro100/sb/CS-030612.htm and it indicates that :

I have found several other posts here that appear to be similar or identical; however, the posters never posted their solution or perhaps they simply gave up.

The other posts are here:

I hope I am not alone on this one! TIA for any help.

to keep you informed, I tested in the meantime also a HP 3m passive cable, this works without issues with both X520-SR2 adapters.

The SFP+DA15 cable works still fine with the (working) one X520-SR2 card, even I moved the card to the second server again.

Any news regarding your tests?

Thank you for the update.

Your tests imply an issue with compatibility between the Intel(R) Ethernet Server Adapter X520 series and the 15 meter cables from HP. Unfortunately, I do not know anything that can be done at this time to make the 15 meter cable work. We will investigate the incompatiblity. I am sorry that the longer cable length is not working when connected to most of the adatpers. I will let you know anything I find out, but I do not expect any results soon.

Whenever I find out anything more, I will post the information here. 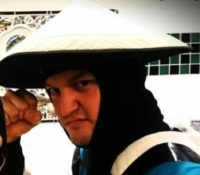 We have a root-cause for the 'Unsupported SFP+ module' issues with certain DA cables and the Intel® Ethernet Server Adapter X520.

Why did it take so long? Well it turns out there was more than one unique issue, and the combination of issues was complicated enough that we will be releasing a Technical Advisory to cover all of the details (I'll post a link to the TA as soon as it is available.)

What we found with the TrippLite N280-05M was that while it did adhere to the SFF-8472 Specification, it did not identify itself as a SFP/SFP+ device. DA cables have an EEPROM within them that holds, among other things, a hex value that describes what type of cable is attached (this is the Identifier Field if you're following along in the spec document.) Our driver expects a value of 03h, which corresponds to SFP or SFP "Plus". If the driver finds an unexpected value when querying the EEPROM, it will report an unsupported module and shut the card down. What we saw in this case was the Identifier specified "Vendor Specific".

There are two ways to fix this, either 1.) the cable manufacturer changes their Identifier value or 2.) the cable manufacturer works with Intel to validate their cable, and then we can teach our driver to recognize their particular "Vendor Specific" ID and initialize with it. Both of these cases involve direct communication between the cable vendor and Intel, and our TA will speak to how this communication should work.

The description above closes out the issue that started this thread, but during our investigation we discovered that some cables with expected EEPROM values still failed to initialize.

The second issue (which will also be detailed in the upcoming TA) was caused by our driver not responding correctly to a timing change on the I2C bus (I2C is what allows the NIC and the cable to communicate... within the I2C spec there is an allowance for "clock stretching" which would allow for much more loosely timed communications... our driver did not correctly deal with clock stretching, and instead of allowing more time we would just time out and report "Unsupported SFP module.)

The fix for this second issue is going to be built into a future driver version... a near future version at that. We'll be sure to update the thread with the driver version when it launches.

Thanks for your patience while we worked through this, and a big thanks to motodave785 for letting us use his cables.

Is there an ETA on this driver fix? I have a box of HP X242 SFP+ to SFP+ 15m Direct Attach Copper Cables (J9287B) that I'm getting ready to send back hoping that the 7m (J9285B) passive cables will work as suggested in an earlier post. If a driver update that allows the 15m cables to work with the X520-da2 is on the verge of being released then I would prefer to hold on to these cables. Any information would be appreciated. Thanks.

we have different other TwinAx cables here. The manufacturer states they'd comply to the standards as needed, but we cannot get them to work with neither X520 nor cards from other manufacturers (QLogic). Where could I send those for Intel to check and make neccessary driver updates? (If possible somewhere in Europe).

Would you tell us the cable manufacturer name, part and model numbers, and the length?

Also, depending on the cables, the next driver update improves cable compatiblity with some cables, so the driver update might help you. Watch for the version 17.1 webpacks. I expect that version to be available in http://downloadcenter.intel.com/ Download Center within the next few weeks.

The cables we have here are from Intellinet(tm) network solutions (www.intellinet-network.com):

I'm very sorry, I cannot find the cables on their website anymore - maybe they've taken them out of stock...

If I can assist you somehow (ask a driver about parameters etc.) please let me know. I'd send in two of them cables if you'd like (well, It'd be great if the destination would be somewhere in the EU... If not, it's probably better to let Intellinet send some cables to your lab...

Question: in which version of the linux kernel driver can we find the "update"?

The updated Linux drivers are available now at:

I cannot test your specific cable model and cannot tell why the cable is failing. If the driver update does not help, then you will need a different cable.

Cables that do not identify themselves as SFP or SFP+ are blocked. If your cable is missing this identification in the EEPROM, then the cable will not work even with a driver update. I have seen this happen on some cables in the past, but I do not know about the brand and model you have.

Thank you very much. Actually we have bought 2x 1m Intel-cables for testing and troubleshooting purposes.

Is there a way to dump cable information of a DA-connected cable?

after round about 10 months and a few 1000 euros spent, I can now confirm, that the issue with the HP E3500yl switch, the HP 15m DA cable and the x520-DA2 is now fixed by the new driver. Thanks a lot and please continue to analyze and fix problems ....