I'm having issues getting AN690 up and running on my A10 GX Dev Kit. I can successfully program the device and see the device listed when I run lspci -vv (as seen in the screenshot below) 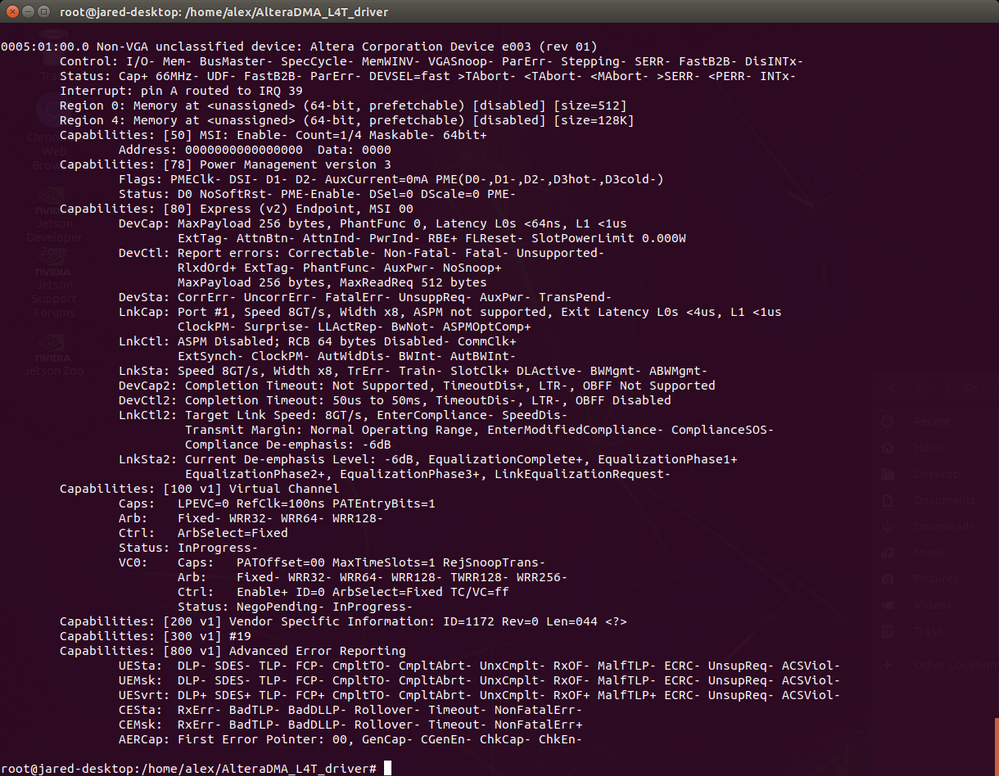 However, when running ./install the script hits an issue in the altera_dma_load stage when running the mkmod command. It appears as though the $major variable is not being assigned a value as no device is found in /proc/devices 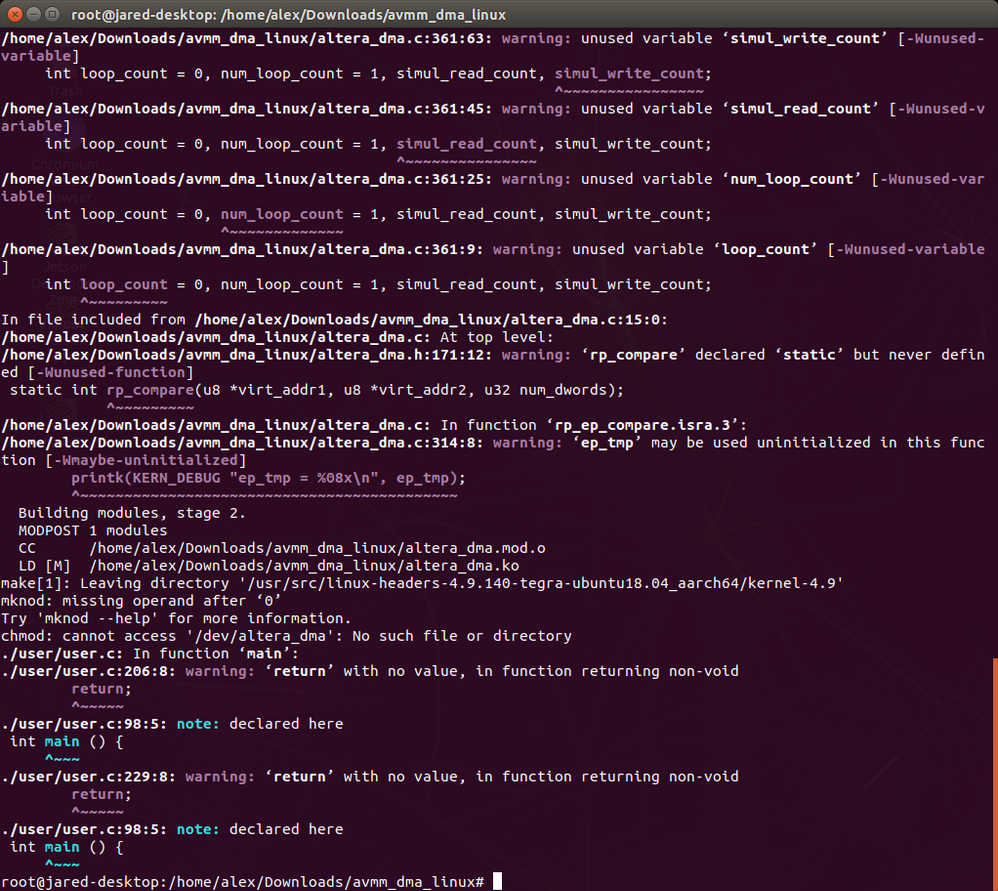 I have also tried AN829 but run into the same issue.

I am attempting to run this on an NVidia Jetson AGX (ArmV8 processor) running Ubuntu 18.04.5 LTS.

To get the drivers to compile I had to add #include <linux/uacccess.h> to altera_dma.c and ccflags-y += "Wno_date_time" to the Makefile

I notice others with the same problem but have not seen a definitive solution. I would really appreciate any help here. I'm new to Intel/Altera after using Xilinx for many years and my experience has not been smooth so far.

Per AN690 section 1.6.1 Installing the Linux Software, you will expect to get an error message when you install the driver for the first time.

This may not the same error as what you encounter, just to ensure after you have installed the driver again, you are failed to execute the ./run?

For the AN829, did you add the device family after the command? For example: "sudo ./install arra10"

Hi, I get the "ERROR: Module altera_dma does not exist in /proc/modules." message every time I try to run install. It always fails on the altera_dma_load stage of the Makefile. If I manually edit altera_dma_load to assign a $major value that is not currently in use by any device listed in /proc/devices then the driver will load. However when I execute ./run I just get no response (i.e. I don't see a print out of the options). It just sits there doing nothing.

Any other suggestions or troubleshooting steps I can try?

This seems like there is OS dependency. After changed the $major value, did you see the driver listed in the /proc/devices?

Before running the driver, did you compile the driver and application by using the root account?

No, unfortunately I do not see it listed in /proc/devices. I do see altera_dma listed when I run lsmod.

All steps were run as root.

I apologize that there are no proper steps to further nail down this problem since this is more toward the OS or firmware related problem instead of FPGA or PCIe IP. Does this happen in this particular setup? Do you have a chance to work on another OS or machine?

If further support is needed in this thread, please post a response within 15 days. After 15 days, this thread will be transitioned to community support. The community users will be able to help you with your follow-up questions.

Has anyone gotten this to work? It's been almost a year. I've just started working with this design and am seeing the same issues.