Intel ARC A770 Overwatch 2 "Rendering device have been lost"

I've been experiencing random game crashes in Overwatch 2. The error that pops up after the game crashes is "Rendering device has been lost," the game freezes for a second and then proceeds to crash.

No way to reproduce, and unsure if it started with a specific driver as I have had this problem since I originally bought the card. These experiences were on driver 31.0.101.4032, but now I updated to the current beta driver (.4034). Haven't really tested on the new driver. I've seen other games on the driver release notes PDF being mentioned as crashing due to higher graphics, I will lower my graphics from the attached settings to the "low" default in OW2. I will also restore the video page to defaults (page that mentions the card specifically at the top of the screenshot).

I have fully uninstalled and reinstalled graphics drivers with no benefit. I have half a mind to let overwatch run on my AM5 integrated graphics just to not crash when playing with my friends.

I have also attached the event viewer logs for the latest crash, but I do not know if they are helpful... not my expertise. I know Blizzard does not formally support the Intel cards so this could entirely be on them but this is my attempt to report and workaround the crashing. 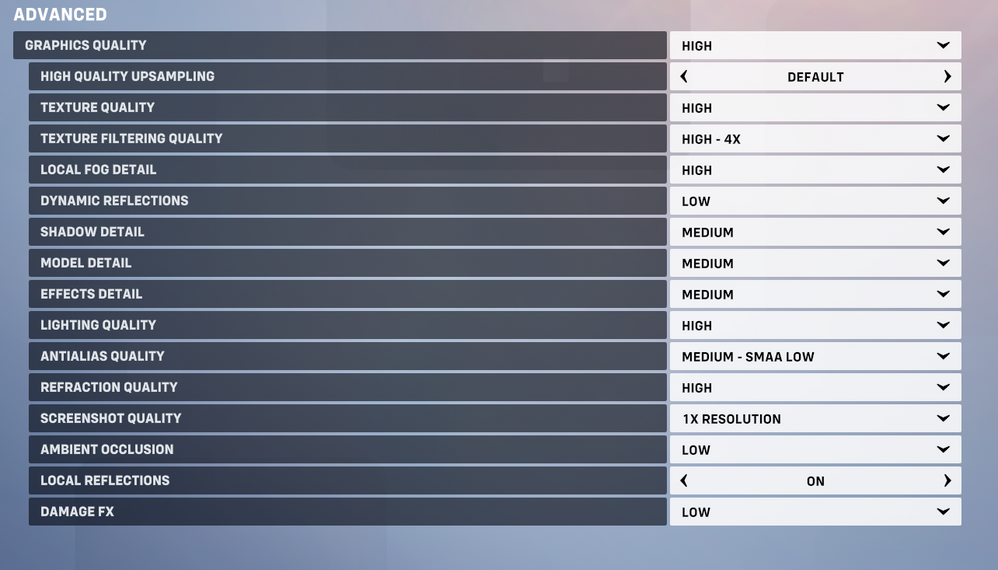 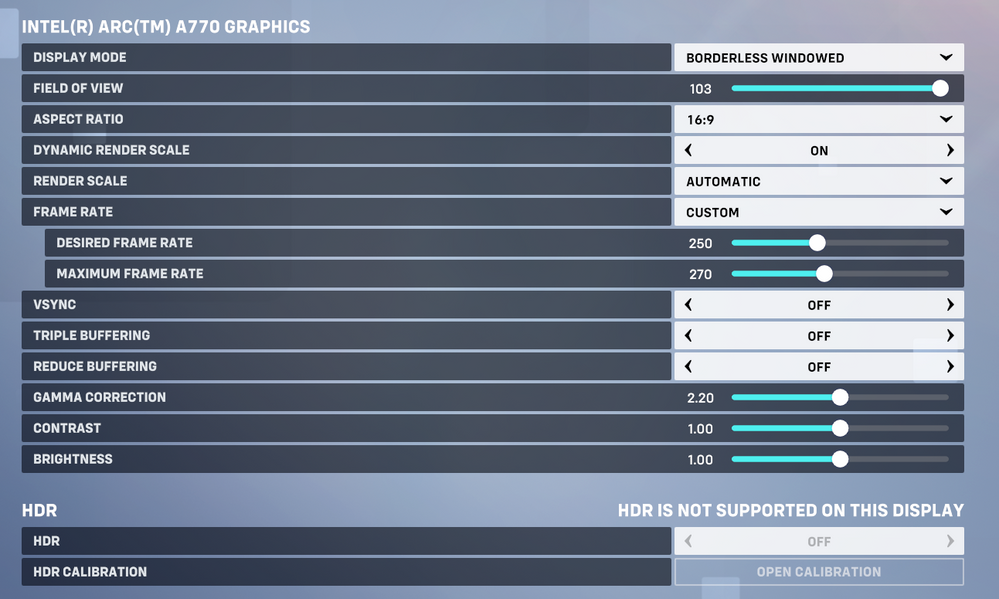 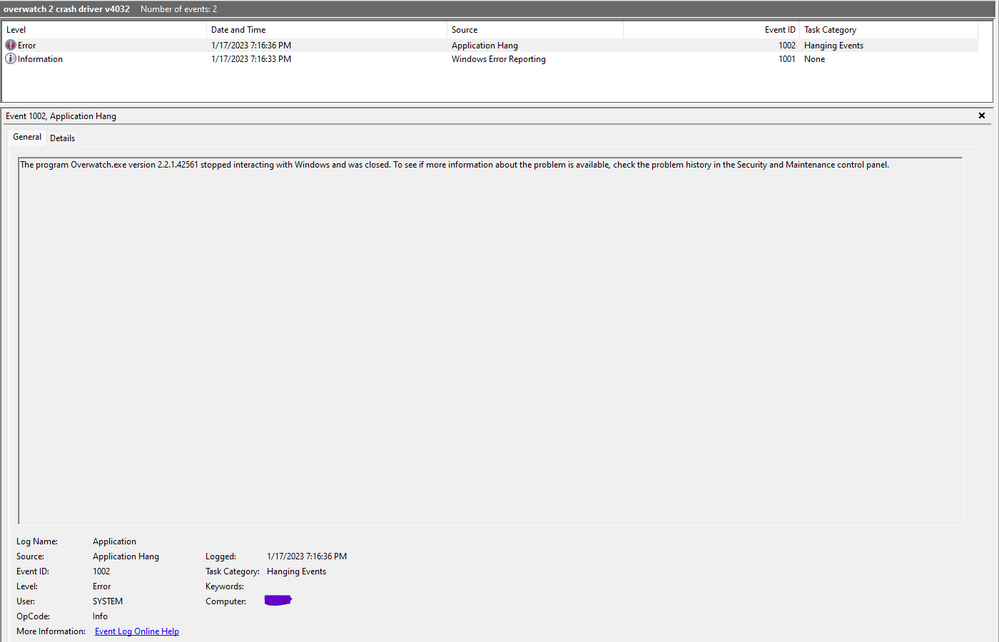 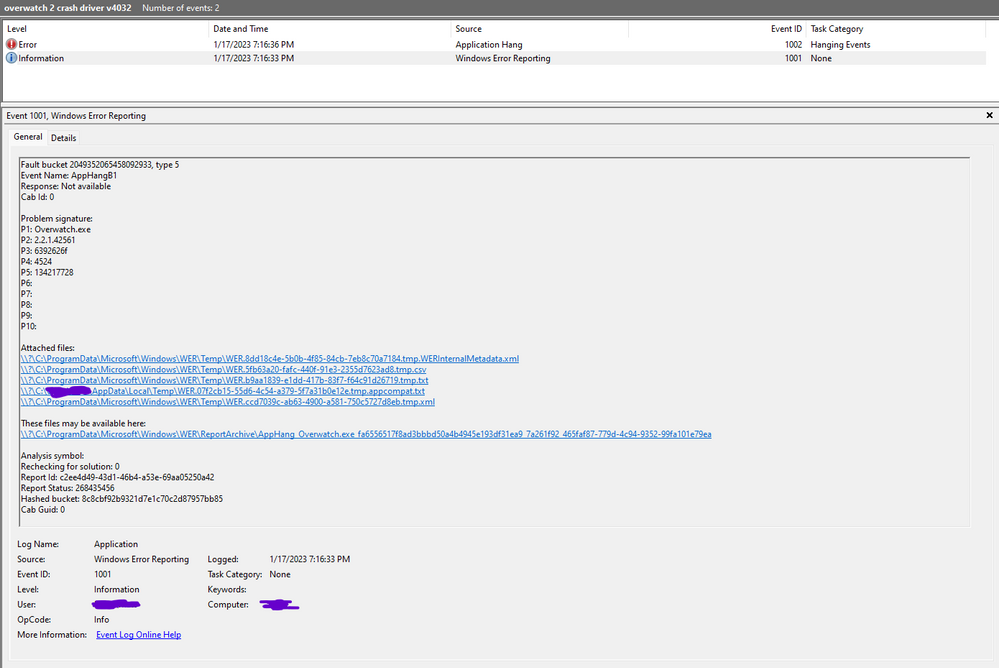