I have doubts that OpenGL is supported correctly in Intel UHD 630. When I use OpenGL Extension Viewer 6, it reports that the supported OpenGL version is 1.1 when it should be 4.5 according to the Intel spec. When I try to run any of the benchmarks, OpenGL Extension viewer crashes. 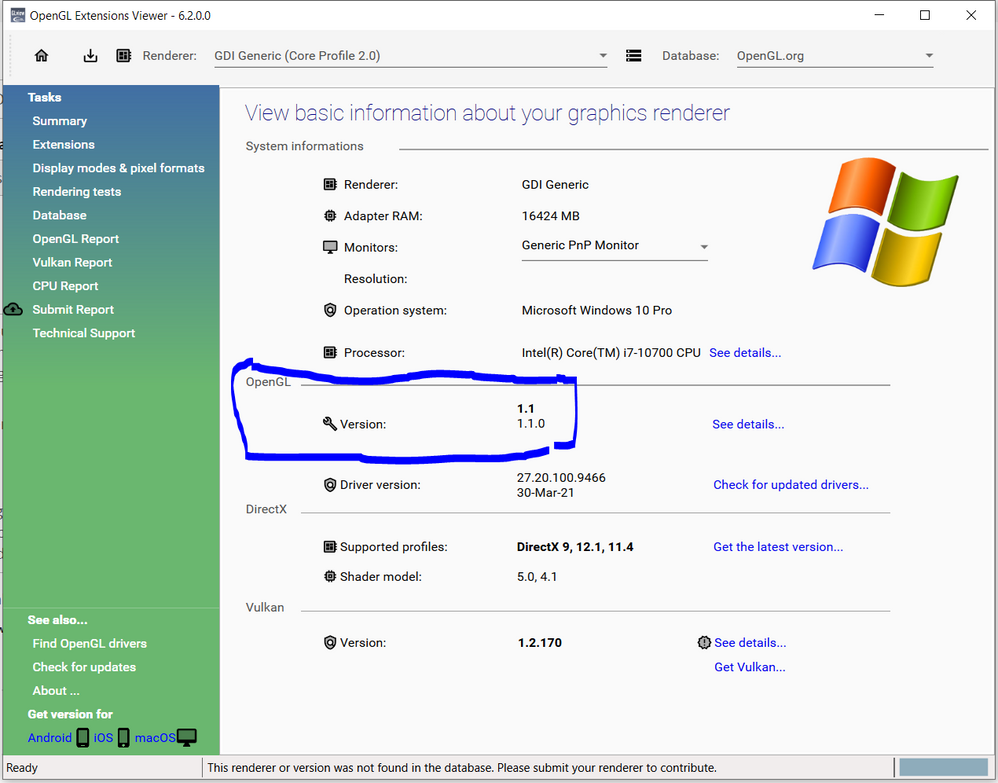 Question: Does the fact that this application only shows OpenGL version 1.1. indicate that something is wrong with my system? If so, how do I resolve this so that my system can support apps that require newer versions of OpenGL?

Also when I use the Intel Graphics Command Center, it doesn't even display the OpenGL version, even though Intel produced support videos demonstrated that it does. 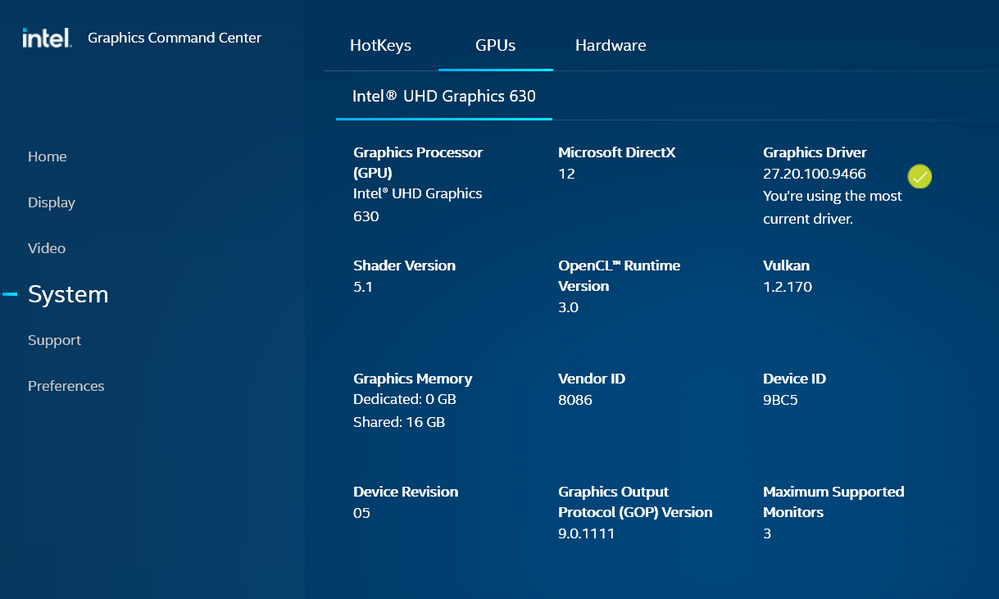 Note in the screenshot above that I am using the latest driver.

Question: does the fact that the OpenGL version is not listed here indicate something is wrong with my system? If so, how do I resolve it?

The reason I'm looking into this OpenGL support is that I'm trying to diagnose an application (Amplitube 5 from IK Multimedia) issue where the application starts but it displays just a black view inside the window. The issue started after I upgraded my computer to a i7-10700 CPU and compatible motherboard. Before the upgrade the application was working fine. Also this is the only application that seems to be having problems after the upgrade. The support from IK Multimedia is stumped. Though they believe it is related to OpenGL.

"Does the fact that this application only shows OpenGL version 1.1. indicate that something is wrong with my system? "   More likely the OpenGL extension viewer is the problem.