Hi, I believe something is going on with my graphics card, but don't know how to fix...

Context: After installing a large game in drive 😧 I came back to find my Asus GL553ve on the booting screen loading forever. Tried clean installing and didn't work. Sent the laptop to tech and got a working computer but after installing apps like Autodesk Revit, Adobe and that one game it would lag terribly or crash.

Resorted to installing and updating drivers. Installed Nvidia GTX 1050 Ti, then Intel 630 and shortly after the latter the screen was black. (In device manager I did not have an Intel driver to reinstall/update, it was a Windows basic display adapter for some reason).

I tried everything. Things pointed that the issue started with the Intel graphics card (or maybe Nvidia!?) so I figured out how to uninstall the driver via cmd with the help of this helpful guy: How to uninstall driver from recovery environment on Windows 10 • Pureinfotech

Now the laptop is running fine, but I am scared of reinstalling graphics drivers now, its truly a pain in the butt and I need to work. Would it have anything to do with the PCI drivers? This driver had a attention icon in device manager before installing the Intel graphics. Also, the Other Devices category in device manager shows a ton attention icons saying drivers are not installed. What gives?

I'm thankful for any help.

It seems you did not install the Intel chipset INF driver.
Get it from ASUS

After installation it should look similar to screenshot below. 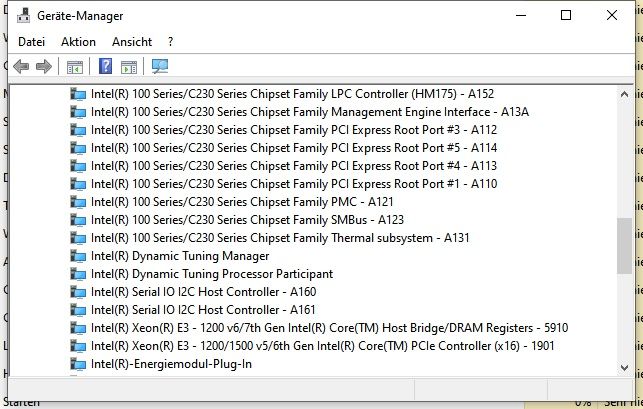 It seems you did not install the Intel chipset INF driver.
Get it from ASUS

After installation it should look similar to screenshot below.

Yeah, I didn't have that like you said. Does this look right?

Nikkit
Novice
848 Views
Solved Jump to solution
In response to Nikkit
After installing the missing driver yesterday I used Driver easy to install anything missing or needing an update.
This morning I turned it on and it went through to the login screen, i left for a few minutes and came back to a black screen and had to force shut down. Windows diagnosed the pc and uninstalled recent updates, now its working. Maybe I shouldn't update the drivers manually?
In response to Nikkit
0 Kudos
Copy link
Share
Reply

Please do yourself a favor and NOT use 3rd party driver tools like driver easy.  You never know what information from your machine they are uploading (and to what country it is going), and you never know what payload is in the packages they are downloading.

With Windows Update providing driver updates, and IDSA providing updates, that is all you need.

Before you start the next experiments, review these Microsoft articles:

Restore from a system restore point

Thank you everyone, system is working well for the programs I've used so far. @Stefan3D  your suggestion worked to preventing the screen for going black. However, I still got one driver not working, its the PCI device in "Other Devices" in the Device manager and I cant seem to find it anywhere. It looks like it should've been installed with the chipsets after some research... perhaps trying to reinstall the INF chipset?

Wow suddenly my Intel graphics reverted back the the Windows basic display adapter too.

'I still got one driver not working, its the PCI device in "Other Devices" in the Device manager and I cant seem to find it anywhere'

I installed optional updates though Windows update and now the PCI device driver is gone. However I got Windows basic display adapter and not Intel one now.

In this case, systems with hybrid graphics, as your laptop, are highly customized, and the installation of non Original Equipment Manufacturer (OEM) drivers may impact your equipment's performance.

If the issue persists with both, OEM and generic drivers, and even after a clean Windows* installation there is the chance that your equipment has a hardware failure.

You can try the OEM drivers that are listed on the ASUS website: https://www.asus.com/us/Laptops/ROG-GL553VE/HelpDesk_Download/

In this case, our best recommendation is to contact the Equipment Manufacturer, so they can guide you and provide the specific driver you have to test on your system.

Hello Maria, thank you for your feedback. I'll contact the manufacturer. I believe its a hardware issue but we'll see. I'll post if the issue is fixed. Thanks!

Thank you for your response. We will be waiting to know the outcome with the manufacturer.