Intel® C++ Compiler
Support and discussions for creating C++ code that runs on platforms based on Intel® processors.

This appears to work with ICL.  On linux, however, icc takes _OPENMP from gcc, so such a macro will prevent icc from using OpenMP 3.1 unless a current gcc (newer than supported in RedHat/CentOS 6) is on PATH.

The situation worsens with the partial implementation of OpenMP 4.0.  Even with gcc versions which implement more of 4.0 than icc does, we have available only _OPENMP >= 200711 to signify support for 3.1 and maybe parts of 4.0.

I'm not expecting acceptable solutions with autoconf or the like to deal with this, but I would like to know if there is a supported method to know the difference between gcc and icc, other than use of __INTEL_COMPILER version numbers.  I've been able to cut back on use of gcc version numbers, but I fear that may be only temporary.

I was hoping to submit a problem report, but I confirmed that I am still excluded from submitting reports, since 10 weeks ago.

I entered this issue to our problem-tracking database, as a feature request.  I'll let you know once I have an update.

Regarding your access to new IPS, please submit an issue at http://software.intel.com/en-us/forums/intel-software-development-products-download-registration-lic....  A support engineer will look into your IPS access issue.

I'm hoping to resolve this by the following scheme:

I don't know the first icc build date which should have introduced full OpenMP 3.1 support, but that build date seems to incorporate the best reliability so far.

I think it would be better to "#define __OPENMP_VERSION 301"

In case this is your point, I agree that we may need to invent something like __OPENMP_VERSION with more increments, in view of OpenMP 4 being implemented incrementally over a period of more than a year.  But I'm talking just about making _OPENMP work in a similar way between Windows and linux with Intel compilers, as the OpenMP standard leads us to expect.

It looks like gcc 4.9 will include #pragma omp simd reduction(max: )  (and min) which seem to be a year away for icc. icc already has ways to avoid the need for them in many cases, and I'm already making use of several omp simd things for both icc and gcc (demonstration benchmarks, not production).

As icc doesn't document which OpenMP 4 features are implemented in the current release (the compiler document covers a lot of future ones), this may be left to trial and error on the part of individual developers. 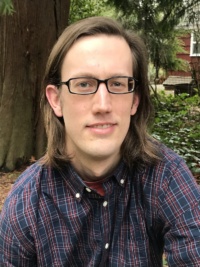 Jeffrey_H_Intel
Employee
507 Views
"#undef _OPENMP" violates ISO C 7.1.3 and leads to an undefined program (http://stackoverflow.com/questions/228783/what-are-the-rules-about-using-an-underscore-in-a-c-identifier has the excerpt, since the full ISO C spec is not freely available except as a draft). Furthermore, only the compiler is allowed to use "__OPENMP_VERSION". Names beginning with two underscores or one underscore and a capital letter are reserved.
0 Kudos
Copy link
Share
Reply

>>  Furthermore, only the compiler is allowed to use "__OPENMP_VERSION". Names beginning with two underscores or one underscore and a capital letter are reserved.