I am currently trying to update the BIOS of my Intel DB75EN. I tried following ways:

The reason why i am doing all this is a new Graphics card, a GTX 970 which does not work. System gets stuck at the BIOS screen when the new card is plugged in, i cannot enter the BIOS or do something else. The card itself works (worked on another PC and at least shows the BIOS screen), so i assumed a BIOS update might help.

If someone has some hints for updating the BIOS or even make the new Graphics Card work, i would be very grateful.

Yea. This is what happens if you install the Management Engine firmware update without having already installed BIOS 46. Now you've created a real problem.

Also, have you run the Management Engine Firmware Update?

[Hint: don't do it until after you have BIOS 46 installed and running]

Thank you for the quick response.

I just checked, and it seems the BIOS update even worked! I cannot tell which BIOS i had, I tried to update to 86A and this is what INTEL Board ID tool tells me what I currently have.

OK, so the BIOS update worked, this is good news so far. Bad news is, that the GTX 970 still does not work

For more information regarding BIOS Identifiers, consult this page: https://www.intel.com/content/www/us/en/support/articles/000005858/boards-and-kits/desktop-boards.ht....

I also ran the Management Engine Firmware Update, but i did it before updating the BIOS.

I also just asked at Nvidia if they have a clue, 1st level support could not help me here, forwarded to 2nd level.

The bios i currently have is:

the BIOS i tried to install is this: https://downloadcenter.intel.com/de/download/22943?product=59043

Please provide a capture of the BIOS installation screen with the error message on it.​

No, I mean the BIOS installation screen, where it says "preparing..." and then "installing...". You will need to use cell phone to capture image of screen.

sorry, now i got it

it was quite hard to capture, the screen was only 2 sec like this and then it rebooted - hope you can see everything you need

I just tried something else as well, i found something in the following thread:

So I removed the battery to reset the BIOS, resetting worked (got some warnings about clock, some power settings also changed).

I tried to run the same update again, but same result, at least i got a better picture now:

Yea. This is what happens if you install the Management Engine firmware update without having already installed BIOS 46. Now you've created a real problem.

The biggest thank you on earth for you!

I followed the guide and your insturctions carefully, and then the scary part started. After removing the jumper, nothing on my screen, just the fan turning and the front LED blinking.

Fortunatelyi was smart enough, not to shut down the PC and just waited 10min. After 10min the Front LED was permanently on instead of blinking (what it did for at least 2min) - meaning something changed.

After 5 or 6 quick reboots, i saw the windows logo and knew it was fine.

And guess what: Even the new graphics card works now! So everything achieved that i wanted!

No clue what I would have done without you and I thank the world for people like you who help strangers in such a competent way.

Thank you so much! 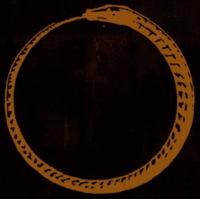 These reboots were done automatically by your PC or did you manually do them?

2. "After 10min the Front LED was permanently on instead of blinking (what it did for at least 2min) - meaning something changed."

Which LED do you mean exactly? The power led (mine is red) or the other one is blue with the symbol of a light bulb.? (My pc case is Thermaltake commander ms-i vn 4000 series usb 3.0)

I would appreciate your answer.

You are welcome. That's what I'm here for.

Eitant
Beginner
4,754 Views
Solved Jump to solution
I also have such a board .. After installing Windows 10, after the operating system starts up I have to wait 2 minutes for the internet to connect (this only happens after the computer is turned off). I thought updating the BIOS would solve the problem, if you think there is another way to solve it I would love to know and if the update will solve the problem can I please get the update file?
Thank you!
0 Kudos
Copy link
Share
Reply