Intel® Desktop Boards
Peer-to-peer support only
Announcements
This community is designed for sharing of public information. Please do not share Intel or third-party confidential information here.

Has Intel ever extended the Video Game controller functionality, with post process or some kind of acceleration? 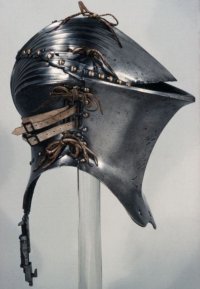 I didn't know if to post this in Motherboards, Chipsets, GPUs or GPGPU or some GPCPU kind of thing.

There are so many "smart" devices on the market, I would think for the multi billion dollar industry will see this kind of thing in the near future. Extending functionality of touch controls, VR tracking or even Steam controller touch pads is the tip top idea of what I think, the future of user interfaces looks like. There are a plethora of devices with tracking and a lot of that information is used with networking. I play video games "A LOT" with or without multiplayer, is a huge factor I consider when buying games. So I notice a lot of changes with room for improvement, across both platforms. If Intel were to say offer a solution to compute information, based on the tracking information of the above mentioned devices, there could be a great advancement in not only AI system but also online multiplayer games.

With Intel working on GPUs for the consumer market, I thought there was a way they would work on something along these line. So I started to consider their development history, in a shallow 'I WANT' kind of way. Knights Landing was something that came to mind, when considering how they may go about implementing hardware acceleration. I was also considering the quality improvements made to GPUs and Motherboards, back plates and other shielding and cooling solutions. What if they were to do something a little different, by adding a fiber connect system via something like M.2 PCI-E to the Motherboard and GPU backplate. They could of course have pass throughs of USB connected devices, condensed and encoding to operate on shared memory of both devices. I call the idea Knight's Bridge, connecting to the North and south bridges in less demanding systems and even directly to CPU, GPU and Memory controller in more demanding systems. It would be 2-5 connections using fiber optic style lights, 9-27 "PCI-E" connections in totally for pointing things to the right place, filling memory and of course the more advanced idea of this. This in basic would be a hardware acceleration device, that also has software acceleration for AI systems.

The end goal here is to make this part, as a part of a console line-up. In this way it'll offer a few interesting exclusives, developers can take interest with of or simply ignore, as it's not physically connected via hard wires connected directly to GPU or CPU. The connections with no hard wire connection there's no electrically push pull interference, so a simple execute and steaming memory as a bridge with decompress and compressing the data will be helpful for streaming data offloaded from the CPU as a SIMD device. Some support to read and write will be needed there for will be working off its own power plugs, plus can add ground to isolate place on the motherboard. Working off a reduced thread and core count from its earlier versions, to produce stricter predictable results in gaming, I think it could offer some interesting results by batching data directly to it intended use. The idea is to remove the "engine" from game engine, in some small part with enabling this device to run. It'll be a general "game engine" hardware for controllers, AI, network acceleration and the many creative open source ideas developers can come up with learning the hardware. Intel has many memory solutions, that need a home in the video game worlds we create. Such as the idea of Persistent Memory, Optane and SSD to already offer a huge acceleration, running a game engine that's shared across every game with this enabled on the console will make development a little easier, plus free up resources needed to create objects and frames pre second. One inspiration by Mixamo and how they can basically automatically animate character objects, uploaded off the users computer or source. Applying this kind of thing to consoles, would be a awesome sales point for many reason, i'll allow you to imagine the developments. Supporting this kind of behavior using achievements in a console environment, just needs a little help to manage it. Support teams will be needed to help the project secure developers to work with the product of course, though I think it's one of the ideas realistic enough to be worth some %.

To be honest there are a ton of ideas I have to make something like this work, though majority of them is Steam controller based, to get the most out of it easily. Data basing animations for acceleration and increase multiplayer complexity without deminishing the quality of game play. But I wanted to post something here, as I think it's a Knight's Bridge kind of project. People followed Intel through what was called intel larrabee, Knight's landing, corner and the many others. The many Multithreaded processors and many cored processors, though what has become of these, what kind of ideas are being applied to the tech? I hope this is a good starting place, to create a good iteration used for something awesome.

Send something my way if you can, I love tech and can't afford enough to quench my need for more.

Oh I was wondering, if they had ever attempted a hardware. Like I mentioned above, it'd be some premium to a waterblock, CPU cooler and shield, even a backplate that houses a low heat generating chip with fibers embedded, to allow passthrough where it's needed. Plus grounds additional to help latency and key or coin the product. Not a absolute value product, though additional as a premium.