Intel® Desktop Boards
Peer-to-peer support only
Announcements
This community is designed for sharing of public information. Please do not share Intel or third-party confidential information here.

Should I use my Intel motherboard’s RAID capabilities? 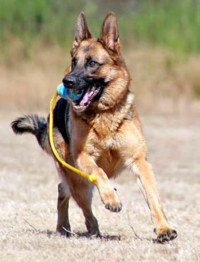 I’ve used a RAID card for many decades, moving it up or buying another when I moved up to another Windows OS. Right now I have a dual boot WIN7/WIN10 desktop with an Intel DZ87KLT-75K board. It’s been taking FOREVER to boot, almost five minutes, so it’s my third visit to the shop on that matter. I explained to the tech the purpose of my four hard drives:

and the tech told me there was no RAID, nor was there my RAID card inside. Did the last tech forget to put it back? Has he sold it on eBay? I am still in shock, but it looks like I need to move on and decide whether I should buy another RAID card. it’s been a long time, (decades!) since I did any homework on buying a RAID card. Is it still good advice to avoid using the RAID capability of the motherboard because it’s not portable? IOW, you can’t transfer Intel managed RAID drives to a new motherboard, as they will be unreadable because Intel’s RAID software/hardware will be different from another manufacturer?

if that’s still the case, can anyone recommend a good reliable RAID card to buy? I just need to mirror two hard drives (RAID 1), and since I have two OS’s, it can’t force me to reload my OS’s.

It is certainly true that Intel RST-based RAID arrays are not very portable. There are plenty of PCIe SATA RAID cards out there to choose from. I am using this card: https://www.amazon.com/StarTech-com-Express-Controller-HyperDuo-Tiering/dp/B00BUC3N74 to support two RAID1 arrays.

Thanks for confirming my opinion, though I had hoped I was outdated on the subject and things had changed. Alas no. Which means I will look into your recommendation for a replacement RAID card. I must say I’ve been getting regular advice to abandon RAID and schedule automatic backups instead but I find myself clinging to RAID anyway.