In the System Studio 2013 documentation, there is a reference to the Compiler Reference Guide in regards how to set up the Intel compiler for static analysis. I searched the documentation and found the following html, "Intel® C++ Compiler XE 13.1 User and Reference Guides", which has a section Using Static Analysis.

Not clear on what this is saying. It sort of sounds like its saying two separate things, the first being some program calleed xiar must be run, while the second and separate thing is we have an option to include the "static library" in the analysis. Is this correct?

If so, the purpose of running xiar is not clear - what does this do?

What is the consequence if we don't run xiar, and just build with the -diag_enable=sc1???

1. Can Inpspector XE 2013 do an interprocess race analysis? The answer to this question is No. The thread checking portion of Inspector is working on the threads within your process.

I'll have to get back to you regarding your question on static analysis. I'll find out and get back back to you as soon as I can.

Regarding the static analysis and inspector usage for Static analysis :- So "Xiar" is an wrapper from intel on top of the native "ar" for creating static lib archives. "-diag-enable=sc<n>" is an option which can be used with "Xiar" alone to create the static profile information for the static library that you create.

Please see the below sample as how to work with this :-

Here i am creating the static library "libstatic.a" using the obj file "sample.o". So i am using "xiar" instead of "ar" [native] archive tool. The reason for using the "xiar" wrapper is because the native "ar" cannot understand some intel specific options like "-diag-enable=sc<n>" option.

So we have to use xiar for this. Later xiar will call "ar" for further processing.

Now, The reason why we bring "Inspector for systems" is because the "diag-enable=sc<n>" option generates the result dir which can be opened only using Inspectpr tool for analyzing output. 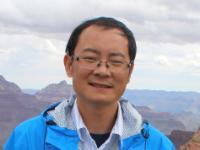 In some cases, typically when you already have your Makefile for your project, you may use "ar" to generate a static library. For example:
ar rcs mylib.a file1.o file2.o
In this case, in order to generate the static report, we should replace "ar" with "xiar", plus the static analysis option, e.g.:
xiar rcs mylib.a file1.o file2.o -qdiag-enable=sc3
the static analysis report will be geneated in the above step. Please note that the option is preceded by a "q", -qdiag-enable, and must use "=" after the option: -qdiag-enable=sc3.
Similarly, if you use "ld" for your linking stage, you should change it to "xild" when using icc compiler.
"xiar" and "xild" are the drivers from icc compiler. They are working as a wrapper for gnu "ar" and "ld".

In your project Makefile (or from environment variable), if you change "gcc" to "icc", "ar" to "xiar", "ld" to "xild", mostlikely you are able to build with icc compiler.
Then you just need to add "-diag-enable sc3" option for CFLAGS which pass to icc, add "-qdiag-enable=sc3" option which pass to "xiar" or "xild", then you should able to get the static analyis report.
Hope this helps.
Thanks.
-Yang