I have issue with intel i3 3220 processor

Hello, as i know usually i3 3th gen has 2 cores and 4 threads but my cpu has 1 cores and 2 threads. can u please tell me why and if there is option to fix this problem if its. thank you 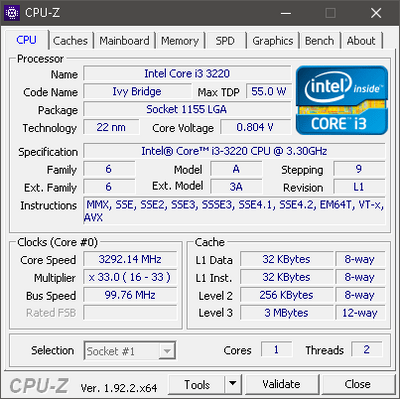 I would first try updating your motherboard bios.

There are three possibilities:

How would one know which cores are broken on a multi-core processor? For example, let's say we have a processor with 8 cores where cores #2 and #5 are broken, what tool can be used to show this? I imagine the boot-time POST test itself determines which cores work properly and if any core fails the test, it would show some message (which I guess maybe accessible later by the OS).