Will Intel please clarify the support position of your Ethernet drivers for I219-V and Windows Server 2012 R2 and Windows Server 2016. If the drivers have no support for this HW/OS combination then a correction is in order for the downloadcenter.intel.com website, as the information on it currently is misleading.

As an FYI. below are the NUC that supports server OS. http://www.intel.ph/content/www/ph/en/support/boards-and-kits/intel-nuc-boards/000005628.html Thanks,wb
0 Kudos
Copy link
Share
Reply

Why is Intel support ignoring my post??! I REQUIRE SUPPORT PLEASE! 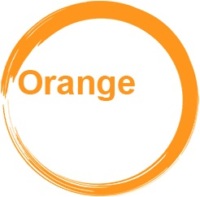 I know this is a late answer, but for anyone else trying to make their I219-V work on Server 2012R2 I hope this helps.

The I219-LM is in the same NIC family as the I219-V, this means that there is a chance the -LM NIC drivers will run the -V NIC. I have done this in the past with office printers, and it worked most of the time. I was able to use this same trick with the I219-V to get it running on Server 2012 R2.

here is what I did: