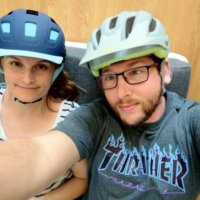 DC P3520: Selected drive is in a disable logical state

one of my P3520 seems to have gone into the infamous "Assert Mode". During an IOMeter sequential write test, the OS suddenly freezed due to what seems to be an I/O error; the window manager was still responsive, but everything that caused reads or writes to the SSD was stuck immediately. Then a reboot occured and the SSD now signals an orange light on the bottommost LED. It's not bootable but is detected by the SSD Toolkit and isdct.

isdct reports "Selected drive is in a disable logical state." on nearly every possible command. Some information can still be gathered though:

I could also extract an nlog binary file, which I have attached together with the TDKI.log and the full output of show -a.

I read these disks enter a fail mode quite fast, where consumer drives wouldn't bother too much. And the firmware changelogs state a problem like entering the Assert Mode on "repeated bootups". I really don't think that the NAND is damaged at all, because the disk is fairly new and far from heavily used.

Is there any chance to get further information about the state the drive is in or how to circumvent the Assert Mode? Anything is appreciated!

Thank you in advance

Thank you for contacting our support community. We understand your situation regarding the Intel® SSD DC P3520 Series.

Based on the logs provided, we found that you are running an old firmware version for the SSD(MDV10271) we recommend you to try to update it to the latest version(MVD10290) in order to attempt to fix the issue because we have seen reports that with the Firmware update this situation was fixed.

The information is located in the Intel® SSD Data Center Tool user guide that is in the https://downloadcenter.intel.com/download/27666/Intel-SSD-Data-Center-Tool?product=87278 download file of the tool. Section 2.2.1.6.1 or 2.2.1.7.

If the situation remains, we recommend you to contact your https://www.intel.com/content/www/us/en/support/contact-support.html# @3 local support team in order to get further assistance.

Thank you for your response and for reading the log file. Sadly neither the SSD Toolbox nor isdct is able to update the firmware:

Status : Selected drive is in a disable logical state.

I have tried the Fhttps://downloadcenter.intel.com/download/26491/Intel-SSD-Firmware-Update-Tool?product=88732 irmware Update ISO as well and it always states that "No Intel devices were found" and wants to reboot with the next keyboard input.

Is there any chance to force the update although the device is in a "disable logical state"? I wouldn't ask if it's not important and I doubt very much that my local support can help with this. They will just throw it away and replace it with a new one.

Thanks for the reply. Since the firmware update didn't work and this is a critical failure, we recommend you to engage with your https://www.intel.com/content/www/us/en/support/contact-support.html%23%403 local support team for further assistance. Regards, Junior M.
In response to mat
0 Kudos
Copy link
Share
Reply