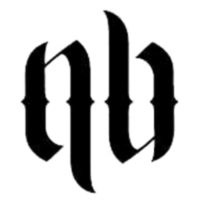 I've been snooping around the Intel boards, and been collecting and marking drivers for a project for ASUS ROG for Windows 10 and chipsets and things being broken with updates and bla bla (you can scour the chipset section if you really want to look for it)... but now I have come to the Wireless section of my project...

Whilst this is no where near as bad as a 3 hour remote connection to Microsoft asking for a valid link to a Windows 8 ISO, because the pages were all 404... I put this up there near the level of frustration... especially when you've been trying to trace problems with MS/ASUS/You guys(Intel) to do with updates/drivers and breaking things....

Ok, so I don't start throwing Fbombs like I do on the General Windows forums, whenever I come past a reply from some random 'Microsoft' tagged user, that's something along the lines of "run sfc /scannow" for a dead pixel on a display problem... I've given you all some pictures, to demonstrate the Sorcery on the Intel Downloads pages.

Before I die, if I could make just one major tech company not have this sort of witchcraft happening (the good one is WMIC reporting a Samsung 850 Pro using the IDE interface)... I can enter Valhalla without dragging the souls of the wretched through poop along the way

From what we understand, you're looking to download the latest Bluetooth® drivers for your system, but are having some difficulties identifying the correct version to use.

Please bear in mind that the Intel® PROSet/Wireless Software and Drivers, as well as the Bluetooth® downloads listed, come in a bundle. This means that the Intel® Wireless Bluetooth® for Windows® 10 Version 20.0.0 includes the driver 20.0.0.11 for some adapters, and driver 19.41.0.1 for others.

The description is intended to let you know which driver version will be used for your adapter if you install that particular software version.

For a table illustrating this, you may take a look at the following article:

- https://www.intel.com/content/www/us/en/support/articles/000005559/network-and-i-o/wireless-networki... Download the Latest Driver for Your Intel® Wireless Adapter.

However, if we completely misunderstood your issue, please let us know.

Yes I know the version 20 package includes, but the problem I was getting at other than loopy loop is that the ProSet 20 will include the ProSet software, and if not installed correctly, I'm pretty sure that Windows will be conflicting with parts of the bundle because not all of the packages are installed because only some are required for certain cards.

Then again, like the chipset drivers, Windows starts getting confused and for some reason just starts checking the associated drivers for the complete installation and tries to install those.

Wireless Display is the example, Windows will just want to take over but see there is meant to be a interface and then eventually give up and just use its own.

I'm actually starting to think that these problems are likely occurring on hardware that was available during the transition to Windows 10, and have configurations stored in the Windows update catalog for the older operating systems still.

Really the issue I was getting at is that I the consumers in the situation get the bottom end of the bargain, because of the speed of development of OS and hardware - these minority market shares are treated as legacy devices, and the consumer ends up in this limbo area, where they try to do the right thing, and upgrade but then are faced with hardware, software and driver issues in the aftermath.

It's like how the Windows Documents Webpages recommend a partition layout that the standard and retail installations do not use.

Drivers are migrated during updates and if you did have problem drivers... and there are cases where Microsoft have released and have pushed problematic drivers out on Windows updates (if they release a hotfix to pull or suddenly remove that KB, there is no way they can deny it does not happen) these drivers could be and have been migrated in certain situations.

The consumer then attempts a repair with an already dirty driver store.

It would be like performing surgery without sterilizing the instruments from the previous surgery.

No one in the tech companies are ever in the situation to check - and probably assume that customers will just automatically buy new hardware every X number of months, or have super fast internet connections to make could operations viable.

Australia's NBN would be the example of trying to implement more connectivity capability to be able to cope with this - but severely underestimate the load that automatic updates and downloads can have on network infrastructure.

Example of this is the DOS during the Federal Online Census.

If a user with DSL updating 1511 to 1709 is expected to supervise an upgrade at 250kbps and not leave or shutdown the computer, when a 5 minute download in Silicon valley would take 8 hours anywhere else... people have other commitments.

A laptop can have its lid shut that could easily interrupt these installation procedures.

If its out of scope its someone elses problem right?

We're glad to hear that you understand the driver package structure. We always expect the driver to be installed properly so issues should not arise. However, driver corruptions can some times result from performing an in-place upgrade to your operating system, although Microsoft* sure has come a long way from the issues encountered when this process was first introduced. If something happens, the best we can do is to recommend to delete drivers and install them clean to get rid of any pre-existing issues.Do keep in mind that the drivers provided through the Windows* Update Catalog, also known as in-box drivers, are older (stable) generic versions. At least for our wireless products we always recommend using the OEM provided drivers whenever possible. As an alternative, we can suggest our latest generic versions available through the Download Center.We have a scope of support for a reason. Even though we are no strangers to going the extra mile whenever we can, some issues really are out of our hands.Best regards,Carlos A.
In response to NeoBeum
0 Kudos
Copy link
Share
Reply