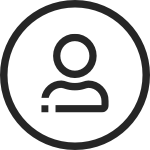 View all
User Bio
Bio: Tim Davis is a Professor in the Computer Science and Engineering Department at Texas A&M University. His primary scholarly contribution is the creation of widely-used sparse matrix algorithms and software (suitesparse.com). His software is relied upon by a vast array of commercial, government lab, and open source applications, including MATLAB (x=A\b when A is sparse), Apple, Mathematica, Google (Street View, Photo Tours, and 3D Earth), Octave, Cadence, MSC NASTRAN, Mentor Graphics, and many more. He recently created the reference implementation for GraphBLAS, including an OpenMP implementation. He is also developing a suite of highly-parallel sparse direct methods that can exploit the high computational throughput of GPUs. Davis was elected in 2013 as a SIAM Fellow, in 2014 as an ACM Fellow, and in 2016 as an IEEE Fellow, and was honored by Sigma Xi in 2018 with the Walston Chubb Award for Innovation. He serves as an associate editor for ACM Transactions on Mathematical Software and the Journal of Parallel and Distributed Computing. Tim is a Master Consultant to The MathWorks. Work is fun, but for pure fun he creates algorithmic art from music (notesartstudio.com), using graph algorithms, FFTs, MATLAB, and force-directed graph visualization; his artwork appeared on billboards all across London as the theme art for the 2013 London Electronic Arts Festival.
Community Statistics