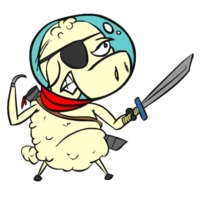 Latest Network Card Driver Pack (23.1) doesn't appear to include drivers for these NICs on Server 2016.

I also tried the "Intel® Ethernet Adapter Complete Driver Pack" (23.1) with no luck.

Windows Update turns up nothing as well.

Is there a beta driver I can use? Or an ETA on a new ProSet driver package?

I tried manually picking the drivers via 'Have Disk' and pointing at the extracted driver pack but neither NIC is listed.

Error I am getting is "Cannot install drivers. No Intel(R) Adapters are present in this computer". Kinda funny error because during the install it clearly finds two NICs and tries to install drivers for them:

For now I've just force installed the I219-LM which then allowed me to re-run the driver package installer and add the ProSet feature.

Message was edited by: Eric Schewe

Again, the problems you are encountering are because Windows Server 2016 is not supported on your ASRock motherboard.