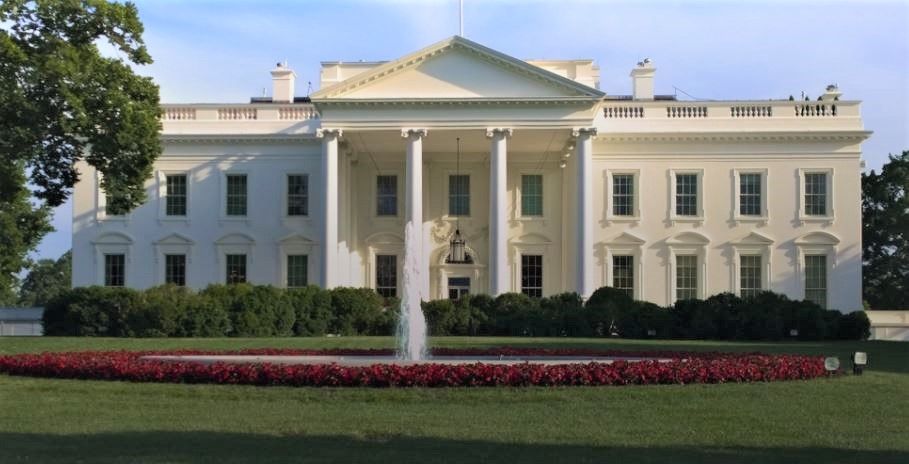 President Joe Biden has been very active since inauguration day, signing a $1.9 trillion COVID relief bill into law and issuing more than 60 executive actions in his first 100 days in office, a number of which track closely with Intel’s priorities and recommendations.

In an open letter to then-President elect Biden from then-CEO Bob Swan, Intel strongly advocated for three particular initiatives that have indeed been emphasized by the administration: American manufacturing, digital infrastructure, and a 21st century workforce. While there are other areas of alignment, these three are particularly important and we are encouraged that there has already been critical dialogue and actions around each.

Strengthening and creating more manufacturing jobs in the United States has long been an Intel priority. In particular, we’ve advocated for building up the domestic semiconductor industry. Since we penned our open letter to President Biden, the shortage of semiconductors has become a critical national issue, and Intel CEO Pat Gelsinger has become the  lead advocate on ways to solve it. Intel announced a $20 billion investment to build two new fabs in Arizona and plans to become a major provider of foundry capacity in the U.S.

The Biden Administration is laser focused on creating more manufacturing jobs in the U.S. We appreciate the President issuing and Executive Order (EO) on Supply Chains, which will help level the playing field for American companies in the global competition for semiconductor manufacturing leadership, as well as the EO on Made in America, ensuring the future is made in America by American workers. Additionally, The American Jobs Plan illustrates the President’s recognition that semiconductor technology is a critical component of infrastructure by including $50 billion. And in his recent address to Congress, President Biden singled out semiconductors as a critical technology in which the U.S. must lead. We couldn’t agree more.

Since the beginning of the pandemic, and even before, Intel has called for investment in digital infrastructure that will not only handle the technology of today, but also spur domestic development of the technologies of tomorrow. We’ve emphasized that smart infrastructure spending will help address pressing economic and climate change needs. This includes technologies designed to make cities and energy systems smarter and more efficient. In addition, widespread deployment of advanced 5G telecommunications networks will fuel efficiencies for businesses in all industries and enable more U.S. innovation.

Digital infrastructure must also extend to schools, and we were pleased to see the American Rescue Plan Act provide $122 billion in relief for K-12 schools, who can use this aid to address some of COVID-19’s impact on primary education. The funding can go toward Wi-Fi hotspots, devices for students without connectivity for remote learning, and training for teachers in the effective use of technology.

Here again, the President’s proposed American Jobs Plan meets the mark. The Plan lays out a framework for building high-speed broadband infrastructure in disadvantaged areas to help us reach 100 percent coverage nationwide. Expanding investments in broadband connectivity, particularly to lessen the impact on underserved communities and communities of color, is crucial as schools, businesses and organizations across the country continue remote work or transition to a hybrid model.

Developing a 21st century workforce that is diverse and inclusive is another Intel priority supported by President Biden during his first 100 days.  Last year, Intel hired more than 4,000 people in the U.S., with many positions still left to fill. We are designing STEM curricula to help feed the workforce pipeline and make next-generation training and skills more accessible. In 2020 we joined in the effort to connect one million girls to STEM education and partnered with Maricopa County Community College District in Arizona to launch the first Intel-designed artificial intelligence associate degree program in the United States.

The American Jobs Plan aims to diversify the talent pipeline by eliminating racial and gender inequities in R&D and STEM fields. The President recently called on Congress to make a $10 billion R&D investment at Historically Black Colleges and Universities (HBCUs) and other minority serving institutions (MSIs). He also called on Congress to invest $15 billion in creating up to 200 centers of excellence that serve as research incubators at HBCUs and other MSIs to provide graduate fellowships and other opportunities for underserved populations, including through pre-college programs. This year, Intel announced a $5 million donation over the next five years to North Carolina Central University (NCCU), creating a new tech law and policy center.

President Biden further urged Congress to invest a combined $48 billion in American workforce development infrastructure and worker protection, including registered apprenticeships and pre-apprenticeships; creating one to two million new registered apprenticeships slots; and strengthening the pipeline for more women and people of color to access these opportunities through successful pre-apprenticeship programs. These investments include the creation of career pathway programs in middle and high schools, prioritizing increased access to computer science and high-quality career and technical programs that connect underrepresented students to STEM and in-demand sectors through partnerships with both institutions of higher education and employers.

At Intel we have set ambitious goals for the workforce of the next decade. We aim to increase our own diversity by doubling the number of women and underrepresented minorities in senior leadership at Intel. Recently we joined with Snap Inc., Dell Technologies, NTT DATA and Nasdaq to form a new industry coalition, Alliance for Global Inclusion, to develop shared diversity and inclusion metrics, and we are excited to see the Biden Administration take similar steps to bolster diversity and inclusion across the board.

Intel is impressed by the progress President Biden and his administration have made over the past 100 days to help the U.S. lead the world in technological innovation. We stand ready to help, as there are specific opportunities ahead for Congress, and the administration. Significant pieces of Biden’s American Jobs Plan that invest in R&D and domestic semiconductor manufacturing need financial assistance and should be adequately funded by Congress to increase technological leadership. We encourage President Biden to appropriately request this funding for these efforts in his full budget, coming early this summer.

Additionally, as President Biden mentioned during his first address to Congress, preparing the workforce for the future is critical for the U.S. to remain technologically competitive. Investing in STEM education initiatives, like the PROMOTES Act, and funding for community colleges is vital in ensuring success in these areas.

We look forward to working together in a shared mission to tackle the many challenges facing our nation today as we prepare for a prosperous future.