Debunking a Myth About Innovation and Standards 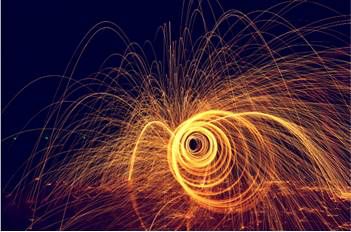 Everyone knows that a great idea means nothing if it never turns into a reality. This sentiment forms the core of Steve Jobs’ famed maxim, “Real artists ship!” However, a myth persists in some patent policy circles that a clear distinction supposedly exists between “innovator” companies that invent certain new technologies for inclusion in standards and “implementer” companies who build standards-compliant products.[1]

According to this myth, only a few “innovators” are responsible for the lion’s share of an end product’s value. They proclaim themselves as doing the visionary intellectual work, while everyone else (whom they call “implementers”) do routine labor. Given their self-proclaimed high value, these innovators claim they are entitled to command extraordinary patent royalties and other privileges despite contrary commitments they may have made to license patents on fair, reasonable, and nondiscriminatory terms.

But the innovator/implementer myth is simply false. Innovations and inventions take many forms and create value in multiple ways—including in the standards-setting context where the myth is most prevalent. Many companies contribute inventive ideas to standards and invent when developing and making products that implement those standards. Intel is a prime example. With more than 110,000 employees, and multi-billion-dollar facilities including six wafer fabrication sites and three assembly test manufacturing locations worldwide, Intel designs, manufactures, and ships numerous technology products, including those that implement industry standards. By all measures, Intel is a leading innovator and inventor—last year, Intel was the fifth largest R&D spender in the world, and it held more than 71,000 patent assets, participated in more than 250 standard-setting bodies, and was the largest technology contributor to the IEEE at roughly 9,000 contributions per year.

In the standards area, the high volume of implementations attracts contributors with royalty expectations.  Some self-declared “innovators” frequently claim that, because the issued standard contains their contributions, they are entitled to extract high royalties from “implementers” who piggyback off those contributions simply by making products compliant with the standard. But bringing an idea to the market today requires major risks in capital expenditures, especially in the technology sector. Such expenditures often relate to multiple innovation activities—for example, commercializing ideas requires both significant engagement in pioneering research, product design and development, and the integration of complex technology from various sources (among other activities). The art of inventing is far more complex and dynamic than simply contributing patented technology to popular standards.

Intel’s combination of innovative breadth and manufacturing depth has allowed it to solve many complex problems. For example, Intel has taken the fundamental concepts of cellular networks proposed by Bell Labs in the 1960s and helped turn them into today’s digital infrastructure—from the cloud, through the network, and to the edge of the massively complex 5G ecosystems that are being deployed. Intel’s recent pioneering innovations for 5G infrastructure include the only microprocessor with built-in AI functionality; its first system-on-a-chip for 5G base stations; its first 5G structured ASIC; and its first 5G optimized network adapter.

Intel also engages in cutting-edge inventions in a variety of other fields, including quantum computing, where the company is creating a pathway to move this new technology out of a lab and into a commercial system. Intel has conducted groundbreaking research on spin qubits, which resemble single-electron transistors and may be able to operate at slightly higher temperatures than superconducting qubits. Intel also has developed (in collaboration with others) a first-of-its-kind cryogenic control chip that will allow the industry to scale the development and production of quantum computing systems. All this technology development requires both disruptive inventions and innovative products.

Intel is not alone in doing the hard work. Intel and other leading companies regularly push the barrier of what’s possible because they are both inventors and innovative manufacturers. This dual role is especially important in our industry to form the technology foundation that numerous other innovative companies build on. The U.S. economy depends on many visionary companies to both invent and produce highly complex products that compete in global markets.

It is thus simply false that a small subset of self-proclaimed, narrowly defined “innovators” deserves the bulk of the credit and most of the royalty revenue for modern technological products. No person or company is entitled to profit for the inventive work of others. Of course, all inventors deserve a reasonable reward for what they invent. But nothing about the sole act of inventing a piece of technology should allow a company to usurp the inventions of others.  Companies that make the business decision to focus on patent licensing for revenue should not be afforded special privileges or protections over inventors that choose other business models.

Often, the greatest creation of economic value arises from the hard work of designing and building innovative products that many people want to buy. Policymakers should, therefore, recognize the innovator/implementer dichotomy for what it is: propaganda intended to degrade and devalue some of the most inventive companies, promoted by a few that have chosen not to do that hard work.

[1] The “innovator” vs. “implementer” myth is so widespread that some companies even rely on it as supposedly established industry fact in legal proceedings.  See, e.g., Federal Trade Comm’n v. Qualcomm, Inc., No.19-16122, Dkt. 9 (July 8, 2019) (“[T]here are three kinds of cellular-related businesses: (1) innovators, which develop and patent cellular technologies; (2) companies that make the modem chips that allow mobile devices to communicate with cellular networks; and (3) original equipment manufacturers (OEMs)—such as Samsung and Apple—which incorporate those chips and other patented technologies into mobile devices.”).
Tags (6)
0 Kudos
Share