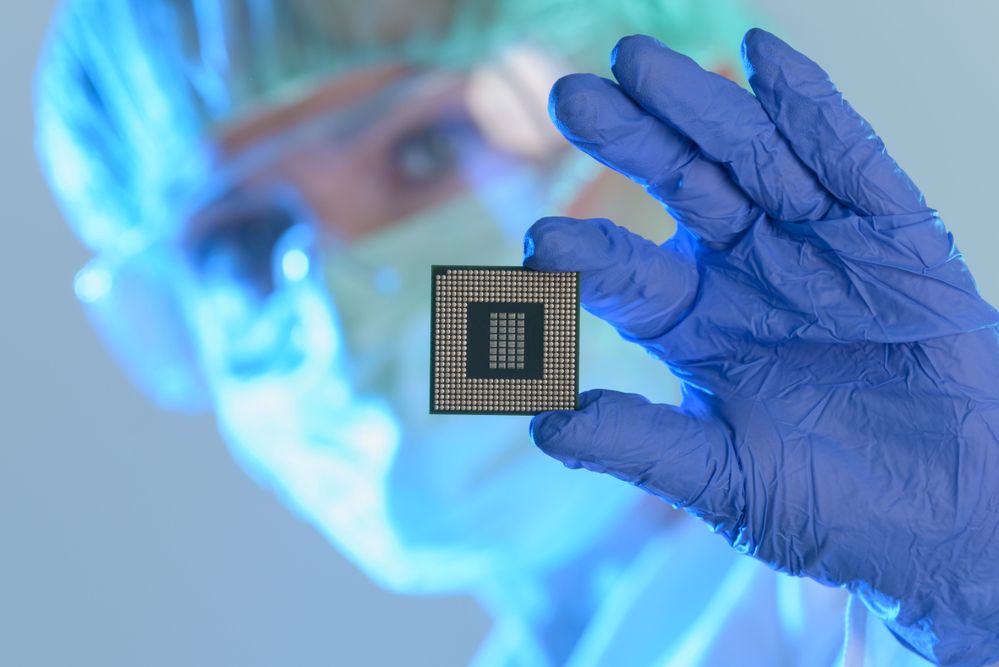 In 2021, Intel announced an ambitious plan to regain chipmaking leadership. CEO Pat Gelsinger outlined an aggressive research and development (R&D) strategy to develop five technology nodes in four years through a new transistor design and a new way to deliver power to a chip. Today, Intel remains on track to reclaim transistor performance per watt leadership by 2025.

While the private sector leads the way, the strength of the U.S. semiconductor industry in years to come will depend on whether the private and public sector can work together towards common goals and focus on “breakthrough challenges.”  Such challenges include dense patterning options beyond todays EUV lithography, stacked transistor development, new advanced packaging technologies, and much more.

The signing of the CHIPS and Science Act earlier this year exemplified the commitment of government and industry to ensuring the U.S. leads in semiconductor R&D. The CHIPS and Science Act appropriated $13 billion for new R&D programs, including the National Semiconductor Technology Center (NSTC), the National Advanced Packaging Manufacturing Program (NAPMP), the Manufacturing USA Institute(s) for Semiconductors, and the Microelectronics Commons.  As we move into 2023, the public and private sectors must continue to work together to bring the promises of this historic legislation to fruition – and it is great to see that the necessary work is well underway.

In December, the Industrial Advisory Committee (IAC) met for the first time in person to discuss the implementation of the CHIPS Act R&D programs. Intel’s EVP and GM of Technology Development Ann Kelleher, along with other IAC members from industry, academia, and government, received updates from the Secretary of Commerce and other U.S. officials on the development of the CHIPS R&D programs. A main focus for the IAC working sessions was also a new CHIPS public-private initiative that will be a major opportunity for collaboration: the NSTC.

The NSTC is intended to serve as the center for excellence in the U.S. semiconductor industry and a hub for all U.S. government R&D programs.  This novel public-private consortium will advance semiconductor technology and seed new industries built on the capabilities of a wide range of advanced chips. The NSTC will conduct advanced manufacturing, design, and packaging research, and prototyping of advanced semiconductor technology to benefit the entire U.S. industry. Funded by part of the $13 billion the CHIPS and Science Act allocated to R&D, the NSTC aims to strengthen U.S. semiconductor R&D leadership, economic competitiveness, and security of the domestic supply .

Intel has worked closely with the U.S. government to guide the development of principles for the NSTC and has highlighted NSTC implementation issues in testimonies before Congress from CEO Pat Gelsinger and Ann Kelleher. In Pat’s testimony, he spoke to the need for NSTC as a place to conduct research on revolutionary goals more than five years out that ultimately will result in competitive products that can be manufactured at high volume in the United States.

Pat also told Congress that the NSTC consortium should be led by a neutral non-profit entity with the guidance of a technical advisory committee. He said the NSTC should also support precompetitive prototyping to lower the barrier of entry for start-ups. In addition, Pat spoke of potential opportunities to scale semiconductor education and workforce initiatives at the university level through partnerships and access to the NSTC.

The National Institute of Standards and Technology (NIST) is currently looking at recommendations for NSTC research focus areas, and evaluating models for governance, financing, and operation, as well as identifying NSTC CEO candidates. As a member of the IAC, Ann Kelleher will provide key recommendations on these topics in her role on the IAC R&D Working Group. She also played a key role on the Semiconductor Working Group of the President’s Council of Advisers on Science and Technology (PCAST) that released a report in September with recommendations for the NSTC, which NIST and the IAC will also be looking to before NIST publishes a whitepaper on the NSTC before the end of March.

In addition to the above recommendations, Intel believes:

Both the NSTC and the IAC are bringing industry and government together to discuss private and federal initiatives and collaborate on plans to ensure the CHIPS and Science Act strengthens U.S. semiconductor innovation for many years. As Secretary of Commerce Gina Raimondo told the IAC’s recent meeting: "The work you are doing here is essential to our national security and our ability to compete. The decisions we are making now will determine whether the U.S. will be able to compete for decades to come. We must take the time to do it right."  While we still have a lot to do, Intel is committed to working with our partners in government, industry, and academia to deliver on the promise of this historic legislation.