From almost missing the interview to Director of Finance: A conversation with Indranil Bhattacharyya 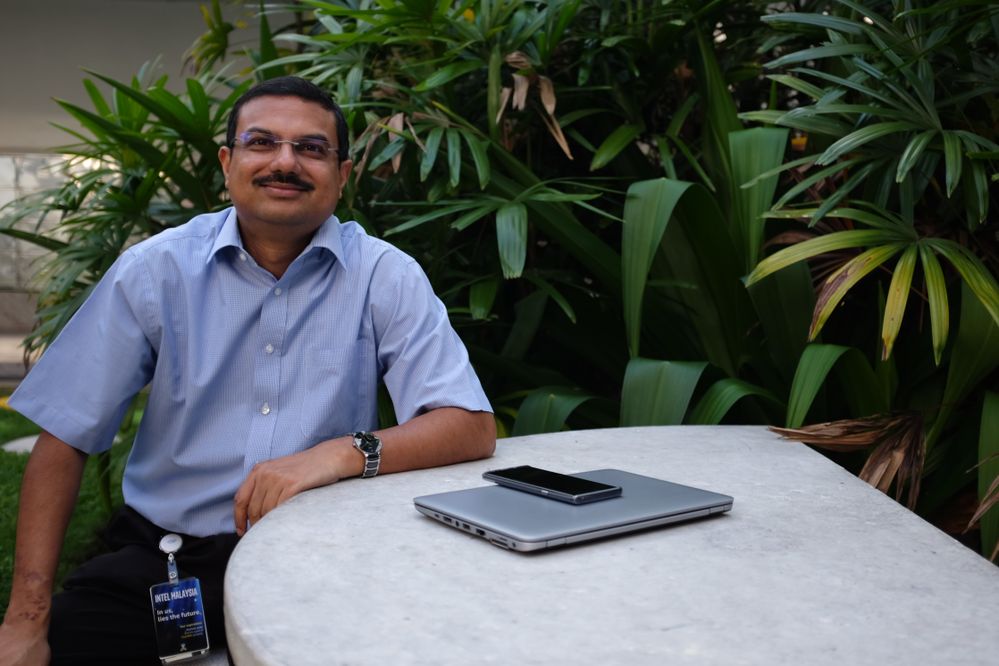 We_Are_Intel1
Employee
0 0 92
Indranil Bhattacharyya’s Intel journey almost ended before it’d even begun. Traffic was terrible in Bangalore the day of his interview in 2001, which caused him to keep the interviewer waiting for two hours. Seventeen years later, he can chuckle at the memory. As it was, he says, destiny played its part and he got the job that launched his career at Intel. Today, Indranil is the director of Finance at Intel Malaysia.

As the leader of Intel’s finance organization in Asia, he provides finance leadership for three of the company’s main pillars—manufacturing, design, and shared service centers. This includes setting long-term goals, overseeing investment decisions, and being the link between HQ, based in the United States, and Malaysia.

Indranil had a background in accounting, but he had always wanted to be a business leader. Jumping into operation finance when he joined in ‘01 presented a unique opportunity to thoroughly learn technical material related to the business.

As someone who is motivated by and thrives on challenges, he says the company’s job rotation policy has been especially beneficial to him. To date, he has undertaken six different roles at campuses in four countries. This has helped give him a breadth and depth of experience not many businesses in the world could.

Results with people, not through people

Apart from finance-centric responsibilities, Indranil also spends time on organizational development, emphasizing on collective effort and growth. “It’s about how effectively I can create equal or better leaders than me. It’s a large team with more than 300 of us—talking to them is my way of understanding the pulse of the organization.”

He believes high performing teams always have people with diverse backgrounds and perspectives. “Everyone with the same thought process actually sets the team back, as there’s nothing new and challenging on the table.” Be it gender, race, culture, or technical know-how, he echoes the company’s ethos of strength in diversity.

His advice to those launching their own careers? “Do different things, experiment and learn from your mistakes, because it’s a pyramid on the way up. Everyone does a good job and works hard. You’ll be competing with people who may have more skills than you, so never take your eyes off your worth. You’ve got to identify early in your career what makes you special and develop that unique skill or value.”