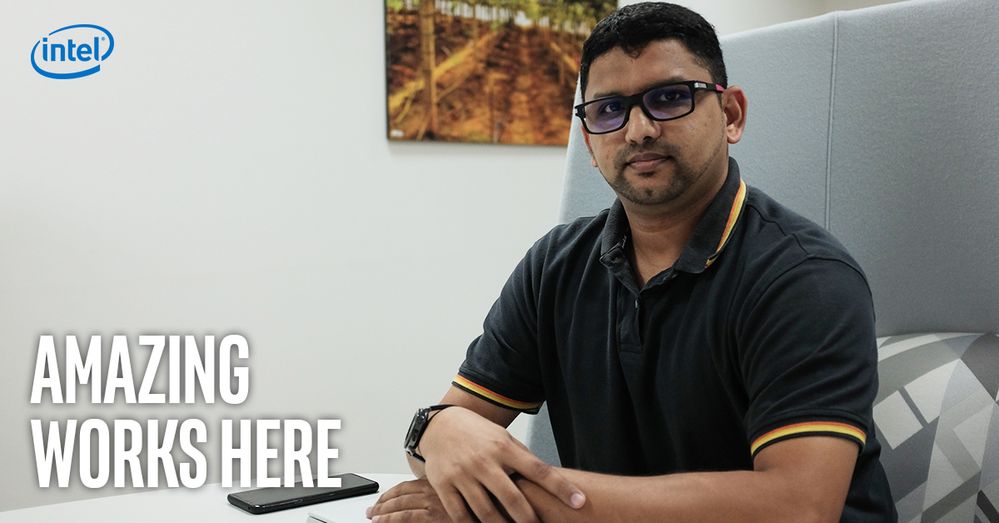 After a rocky start, curiosity and perseverance led Azman to success

Azman Mohamed joined Intel Malaysia as a junior physical design engineer. At the time, taking on the role was both a major challenge and an opportunity. He came from an electrical engineering background and moving into the realm of physical electronic-based design required a different approach.  He took the leap and the rest, as they say, is history.

Determination and perseverance pays off

Born and raised in Penang, Azman’s journey has been remarkable — one characterized by drive and adaptability. As a young student, he found himself at a crossroads following poor SPM (Malaysian Certificate of Education) examination results. Undeterred, he enrolled in a pre-diploma matriculation science program. His efforts paid off, and he went on to complete a degree at Universiti Teknologi Mara (UiTM). He joined Intel as a fresh graduate on contract in 2004, and transitioned into a permanent role after a year. Nine years later, Azman graduated with a master’s degree in microelectronics — his studies funded by Intel.

He has since successfully filed a patent, published technical papers, and now leads a team of 25 engineers that primarily work on double data rate (DDR) memory technologies for system on chips (SoCs). Looking back, Azman was quick to point out, “Ultimately, it’s less about where you studied or how many certificates you have, and more about your hunger to grow and excel. That’s what carried me through.”

Why workplace culture and diversity matters

In an era where job hopping is a norm, Intel has been a career constant for Azman. He puts it down to an environment that is simultaneously nurturing and stimulating. Because technology is ever-evolving, consistent upskilling and self-improvement is integral. This was why he leaped at the opportunity to pursue a master’s degree. “It helped me understand my field with more depth, and consequently set me up for more leadership-centric roles.”

“The work we do concerns advancing technology and pushing boundaries, and so almost every day presents new challenges — there’s never a point where I feel I know everything. That keeps me striving for more.”

He also credits being part of a workplace that places an emphasis on diversity across the board in terms of ethnicity, culture, gender, perspectives, and opinions. “Festivals are especially abundant in our country, and having a diverse team allows everyone to enjoy the festivities with their loved ones without worrying about work because there’s sufficient coverage.”

Given the multi-site nature of his department, Azman occasionally travels to the United States and India to meet his counterparts. “These experiences, although work-related, are also rich cultural experiences and allow me to learn and collaborate beyond the office.”

Staying curious and hungry for knowledge

He fondly recalls how the remote-control cars he played with as a boy rarely lasted more than a few days. He always took them apart, either to reassemble or build new things. “I’ve always believed there is more than one way to do something. I constantly ask ‘why’. At work, I find myself enjoying technical workgroups and publishing papers. At home, I enjoy working on smart home projects.”

Azman believes this curiosity has been fundamental on his journey with Intel, and he has this to say to young professionals just getting started: “That extra initiative and hunger will increase your visibility, networking, and bring you to the next level — provided you pair it with knowledge and the acknowledgement of others.”