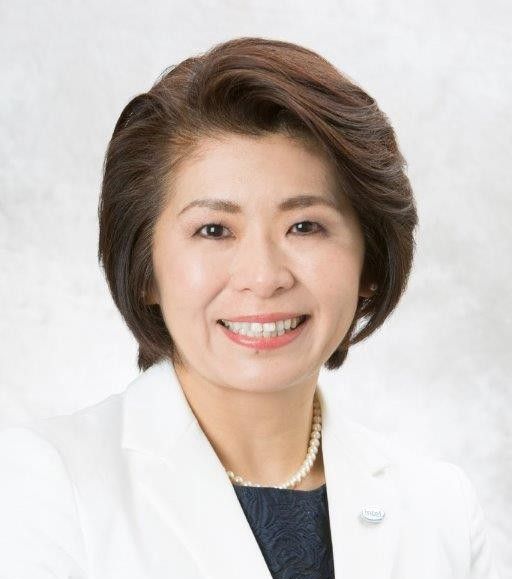 In the late 1980s, when I graduated from Waseda University in Tokyo, the Equal Employment Opportunity Act for Men and Women had just been enacted. But the chances for women to find meaningful employment were still very limited. Therefore, rather than taking a job in Tokyo, I chose to embark on the path of study abroad at a graduate school in the United States. After spending a total of nine years in the U.S., including time in marketing for a medical care facility, I returned to Japan. Shortly after starting work in Japan, I received a job offer from Intel, entirely by chance. I began my journey with Intel in 2000 as a marketing research manager. Over the years I was given opportunities to take on positions with greater and greater responsibility, including Director of Marketing, and was then promoted to become the first female president of Intel Japan in October 2013.

Prior to my current position, I was in charge of marketing for the Asia Pacific region and was based out of Hong Kong. I learned a variety of things from each country, such as South Korea, Indonesia, and Vietnam. Each country around the AP region has its own respective history and circumstances that have led to the unique cultures and economies we experience in each country today. Even if I understand the local people well, I believe there are customs and conventional practices that just cannot be explained. And when it comes to those local customs and practices, I don’t think to myself, “Why is it like this!” On the other hand, the things that we are seeking as humans are ultimately the same, so when I’m able to learn and understand something from a local area, the moment I realize that “this is not the same,” I am of course delighted.

Intel is a technology company. Value is created by both leading-edge technologies and the people who have the vision and skills and energy to unearth needs worldwide and offer products and services that meet those needs. Intel has long considered how to increase the numbers of women and minority employees, and in 2015 Intel renewed its commitment to diversity as a corporate-wide aid to our success. For example, if there are X percent of talented and skilled women in the general population, Intel has set a target to raise its in-house percentage to that level by 2020. In addition, this includes not only increasing hiring of minorities but also providing support and training so that these people will be promoted fairly.