Pride Inside at Intel: Why Accurate Pronouns and Inclusive Language Are So Important 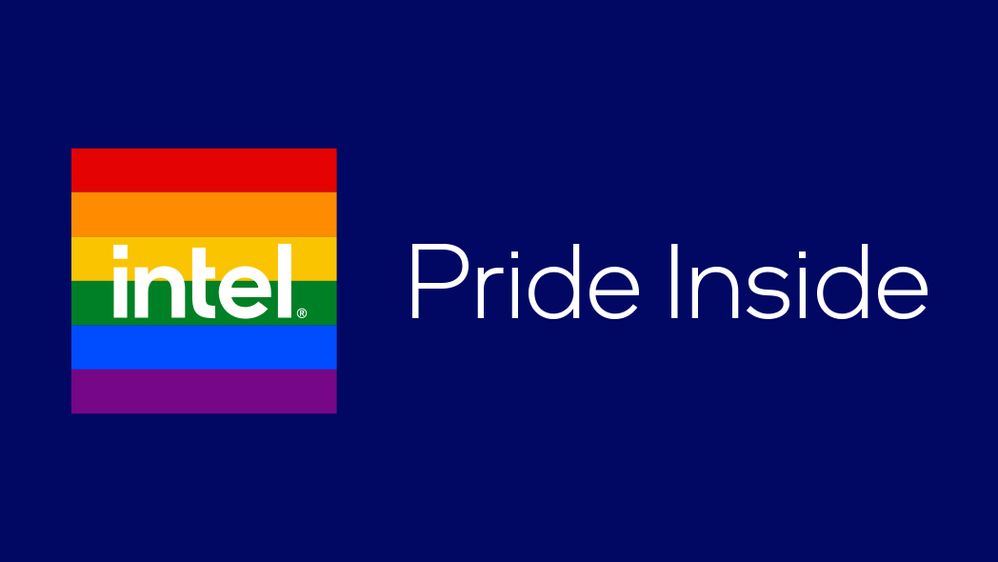 We_Are_Intel1
Employee
0 0 1,235
From listing pronouns on email signatures and business cards to wearing rainbow stickers on our badges, the global Intel community has quickly embraced practices of LGBT+ allyship. But there is still so much to learn and understand in our journey to becoming the most inclusive company on the planet. That is why, this Pride Month, we sat down with Chirona Risom, engineer and inclusion program manager, to discuss the importance of pronouns and her personal journey with inclusive language.

Can you tell us a bit about your personal journey with pronouns?
For me, it’s been a series of moments that has led to this point in my life. I was always put into a box as a woman—a girl, a teenage girl, a woman, and then a technical woman. I always felt somewhat different, but I never thought much about my gender identity until recently. Growing up, both my parents struggled with addiction in a very high-functional way—nobody had any clue, and I didn’t even realize until high school. I became the harmonizer in my family, which created a lot of barriers for myself and how I think about my own identity. This past year, I formed many close friendships with my local queer Jewish community in Portland and watched them on their journey. Listening and reflecting on their stories enabled me to dive deeper into my own gender journey.

Where are you now with that journey?
I’m currently in a very comfortable state using both she and they pronouns and being referred to as either. I don’t necessarily identify as a woman nor non-binary; the term I prefer to use is genderqueer. Just like trying on clothes at a store, I sat with myself for a long time and tried on identities. How does that feel in my body? Genderqueer feels really good to me. Not identifying as fully one gender, fully woman/man—it’s a liminal gender experience. I want to be clear when I say “liminal” that I mean “in between” and not “in transition.”

How have your friends and family reacted to this change?
Most people I surround myself with are very growth oriented. I’ve been grateful to have people offer to refer to me in different ways as part of my experimentation, including my partner, who is also exploring his gender identity. It’s a journey. I don’t feel like I have to come to an answer quickly. I just recently had a conversation with my mom about my journey as I was scared to tell her previously. Her reaction was “Wow it sounds like you’re doing a lot of intense personal work.” When I came out as bisexual a number of years ago, she said “How? You’re married to a man.” The work we’ve both done the past several years has led us to a more open and accepting place. My mom is now 2.5 years sober and is starting a new career in a halfway house at age 65—she’s a powerful role model in my life of growth mindset. I encourage people to be understanding and curious. Seek to understand but be comfortable knowing you don’t quite understand, and you may never understand.

At Intel we are striving to become the most inclusive company on the planet. Why are pronouns an important part of that evolution?
We always make assumptions. We’ve been trained to see certain ways of looking as male or female. It’s natural to who we are as humans. But if we do not intentionally include, we unintentionally exclude. We must counteract these assumptions by learning and including everyone. People have different ways of identifying themselves so it’s pertinent to call people what they want to be called by using inclusive language. It’s like pronouncing someone’s name correctly—they feel more included and seen when you do so.

If I am unfamiliar with pronouns, how do I begin to have these conversations and learn?
A huge part of being inclusive is figuring out how to be comfortable with being uncomfortable. It’s important when talking about pronouns to understand impact vs. intent. Most of the time, people have positive intentions with their words and actions, but then there is the actual impact they have on others. As inclusive leaders/humans, we do our best to become aware through feedback and observations of when our impact did not match our intent. We have to make intentional adjustments to ensure our impact matches our intent. It can be awkward to start the conversation as it’s not common, but it’s a way to really see someone. Play around with it by asking “What pronouns do you use?” or by stating your own pronouns when you introduce yourself. Start in small groups you’re comfortable with and consider putting your pronouns in your email signature. It’s a simple step to becoming more inclusive.

What if I refer to someone as their wrong pronoun?
I frequently misgender people, but I want to share a specific story. I was at a Halloween ultimate frisbee tournament and we were taking team photos. I knew someone on the team was non-binary and uses they/them as their pronouns. Pointing them out in the photo, I accidently referred to them as “she” and immediately felt ashamed. It was important for me to acknowledge I said the wrong thing, but I spent most of the day sitting in my shame. I finally approached them that night to apologize. They froze, teared up and said, “Thank you so much, no one has ever corrected themselves to me before.” It was a moment that gave me courage to begin correcting myself and others more frequently. Lean into discomfort and mistakes. These experiences become the ones we learn the most from.

Any final takeaways?
As humans, we have hardwired habits, we can’t shift overnight, and we will make mistakes. But we need inclusion and accountability. It’s so powerful when you see people and identify them how they want to be identified. Being an aspiring ally is using inclusive language and standing up for those who are being misidentified and remember—you are only an ally when someone else calls you an ally.
0 Kudos
Share