This is How My Brain Works- talking with Rachael Parker 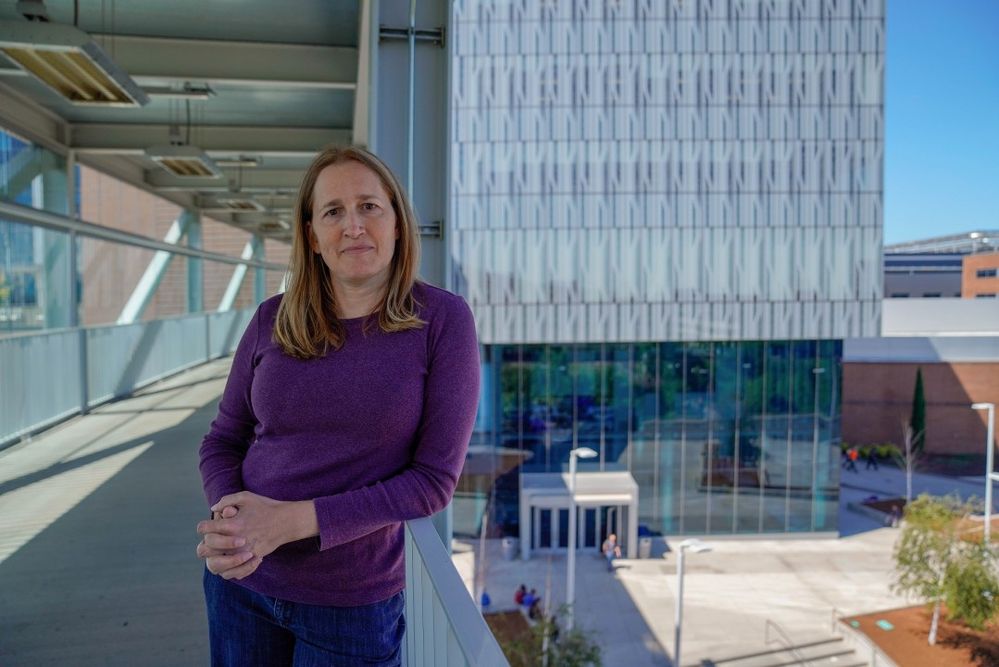 In connection with International Day of Persons with Disabilities, we spoke with Rachael Parker, senior principal engineer in the Design Engineering Group (DEG).

OK, maybe they’re not so random. Rachael knows – now – that they’re all related to how her brain works, what she’s good at and what she’s not. And that’s OK.

Rachael’s diagnosis of ADHD arrived not when she was a child but only recently – long after she’d become an accomplished technologist, after years of navigating the challenges not only of mixed-signal circuit design but of marriage, parenting, depression and gender transition.

In 2019, Rachael was meeting with a new provider for treatment of her depression. “Two-thirds of the way through my first session, she said, ‘You have ADHD.’” The provider, it turned out, was an expert in the field, and after a thorough screening, made the formal diagnosis of inattentive ADHD.

“It was very eye-opening for me,” Rachael says of her diagnosis. “There are so many things that I was critical about myself for, growing up and in my education and early career. Like never being able to pay attention in class. Or thinking I was lazy because I wasn’t putting in the work to practice saxophone.”

Rachael’s ability to “hyperfocus” and lose herself in a technical problem has helped fuel her career. She is a senior principal engineer who leads a team designing hardware security circuits. Her favorite patents (among dozens) involved putting the first fuses on Intel products, work that earned her an Intel Achievement Award.

Yet there are work tasks she’s always struggled with, such as scheduling or writing status reports. Now, her ADHD diagnosis helps her appreciate those aren’t character flaws, just aspects of “how my brain works.”

Rachael has been a visible advocate for transgender awareness and workplace protections since the 1990s, when transitioning was far more difficult socially than it is today. She’s proud of Intel’s leadership in this area — and its growing embrace of neurodiversity — and couldn’t imagine working anywhere else.

Rachael and her wife have been together since 1990 and they have two daughters, ages 23 and 25. “We’re an exceptionally loving, friendly family,” Rachael says. “They’re my world.”

Years of sharing her story as a trans woman, and becoming a visible leader in transgender rights, made such candid and open vulnerability second nature to Rachael. Yet “coming out again” as a person with ADHD wasn’t easy.

“When I came out as LGBTQ+, I was saying, ‘I'm just as capable as any other engineer.’ Now, 25 years later, I'm saying, ‘There are some things that I am less capable of than my peers,’ so it's a little bit unnerving.”

Since her ADHD diagnosis, Rachael has become increasingly interested in neurodiversity. She meets with a lunchtime group of Intel people who have ADHD. Their shared stories, she says, “not only help me avoid tunnel vision in how I work, but also teach me about how other people who are neurodiverse work.”

If sharing her challenges can help reduce others’ struggles, Rachael says it will be worth it.

“I just wish that somebody when I was young took me aside and said, ‘You’re not lazy, you’re not those things. Your brain just works in a different way. That's just who you are, and you know, we're all different.’”

Being open with her team about her own capabilities has also informed her leadership. “I’ll say, ‘I really appreciate how you built that schedule, because that's something I'm really bad at.’ ”

Rachael hopes for a future in which “instead of trying to find people to fit job descriptions, we write job descriptions to fit people. Wouldn't it be great if we could utilize everybody according to their own strengths?”