The notebook originally came with Windows 10, but since the first time I turned it on, it already requested an update to 11 and since then I've used it without problems. I already tried last night, completely uninstalling the graphics driver through the windows device manager, manually installing the latest version available from the intel website, being the same version that IDSA had just installed and was removed that day by Windows Update . But now in the morning, windows update is showing again the option to install the outdated driver and I don't have options to cancel or delete the update, as shown in the attached photo. In the second image I will leave the IDSA page informing which the last driver was installed and that, still, the windows update did not remove it.

Does anyone know how to stop this Windows behavior? 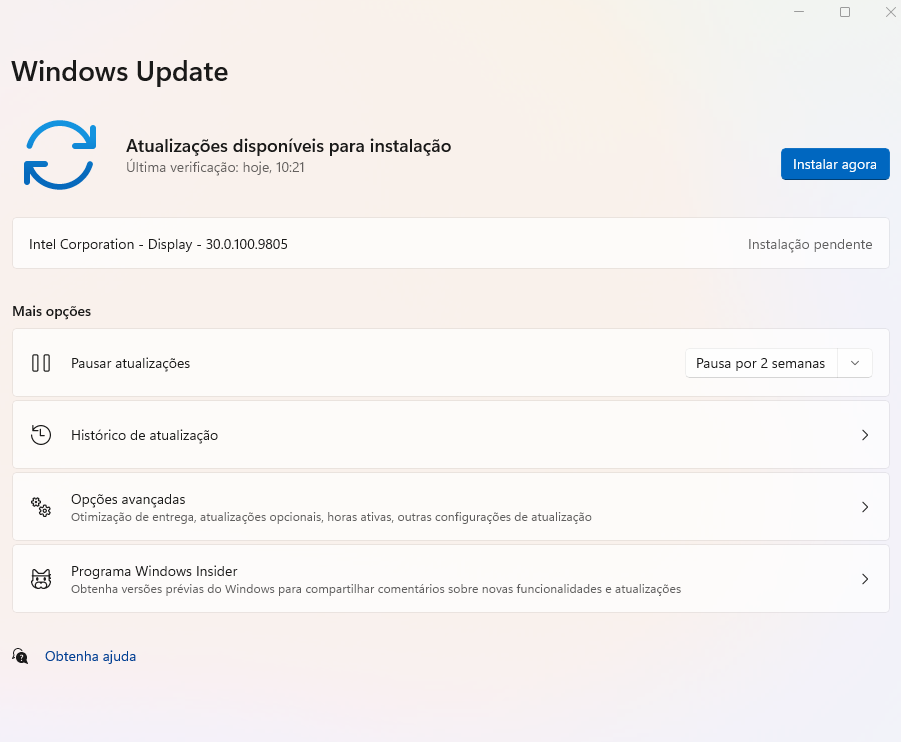 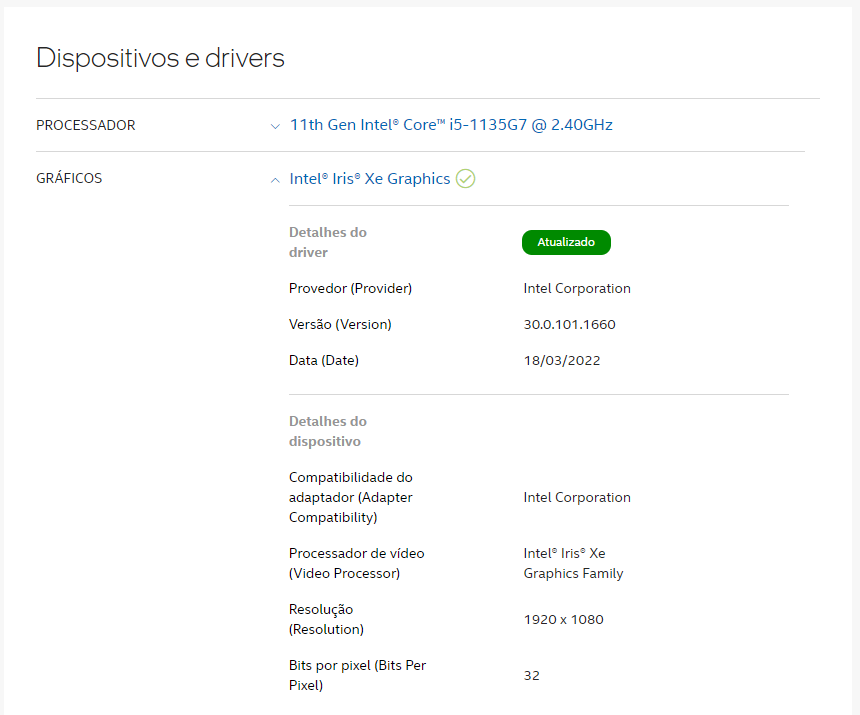 The page of IDSA

Use WUShowHide to block the Microsoft update:

In fact windows reinstalled this update again, ISDA identified and requested the update to the latest one and so I did. With that, using this tool (which by the way this link is broken, but I found it from another source), I didn't find any update to hide. I'll wait for it to show the warning that it will be installed again by Windows Update to see if it appears in that program.

The link is not broken and the tool downloads as it should.

Well... When I say the link is broken, I mean what appears when I click on the link, which is in the attached image.

In this case, it does not access the page and downloads any. And don't be rude about the broken link, I just reported what popped up for me.

Okay, that's no problem! As I reported, I got the same program from another source and didn't get the expected result, is there anything to be done with the automatic update if this tool doesn't work?

If I may interrupt here. I want to gather some information to have more insight regarding your issue, so please provide me with the following:

What is the driver version that Windows update installs on your system?

Was there any major hardware or software change before the issue started?

Is this issue only related to the graphics driver?

• Open the application and click on "Scan" to see the system and device information. By default, Intel®️ SSU will take you to the "Summary View."

• Click on the menu where it says: "Summary" to change it to "Detailed View."

What is the driver version that Windows update installs on your system? Intel Corporation - Display - 30.0.100.9805

Was there any major hardware or software change before the issue started? In terms of hardware I don't think so, because it's a notebook. The only change I made to it after the purchase is to add one more RAM memory, doubling the capacity and I've been using it connected to an external monitor connected via HDMI. This last week I added an HDD for storage, but the problem was already happening. In terms of software, the notebook has been regularly receiving updates from others through Windows Update, such as BIOS/UEFI updates from Samsung. I don't know if this kind of update changes anything, but it also wasn't something I went to the Samsung website and wanted to install by choice. It arrived through Windows and installed by itself. But I don't know how to evaluate if these updates happened before or after the "problem" with the Intel driver, because I've been facing this for a few months, just now I went after trying to understand. I have attached an image of the latest Driver updates, which shows the Intel driver on 02/04/2022 and the Samsung driver below.

Is this issue only related to the graphics driver? Yes, it is the only one that the system insists on installing and is in this "fight" with ISDA.

So far Windows Update hasn't tried again to reinstall the old driver, I've been keeping an eye out to try to make it hidden by the tool.

Thanks for all the help!

I am glad to hear that the Windows update hasn´t tried to reinstall the driver.

If the issue reappears, and as you confirmed and isolated that the problem is related to Windows Update, my suggestion would be to contact the Microsoft support team to check if they have any solution for your issue and stop installing driver version 30.0.100.9805.

I hope you are doing fine.

I have not heard back from you. So we will close this thread. If you need any additional information, submit a new question, as this thread will no longer be monitored.