I am trying to use Intel Fortran on Visual Studios 2015.

It says: "In the New Project window, select a project type under Intel(R) Visual Fortran." I have the prerequisite VS 2015 Community.

Says to enable: Common Tools for Visual C++ 2015 I enabled this on VS.

4. I tried installing VS 2017, and enabling "Desktop development with C++" in the installation, as is recommended on another page.

After all this, there still is no option in either 2015 or 2017 under New Projects in VS: Intel(R) Visual Fortran. How can I create an intel fortran project? 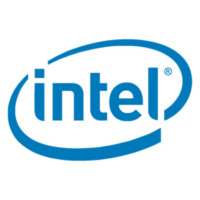 I've moved this topic to the correct forum. :)

Uninstall Intel Parallel Studio XE, then reinstall it. Pay VERY CAREFUL ATTENTION to any warning messages during the install.

Once you have completed this, see if it works. If not, open Visual Studio, select Help > About. Click "Copy Info" and paste the result into a reply here.