I am using intel Fortran as a prerequisite of software Thermal desktop. Now while running the software it is showing the following error " Compile or link of userlogic.for failed-see message_case1.txt in your input file subdirectory"

I have gone through the following post,  I ran the software as administrator, but it didn't resolve the issue.

Please help me with this. 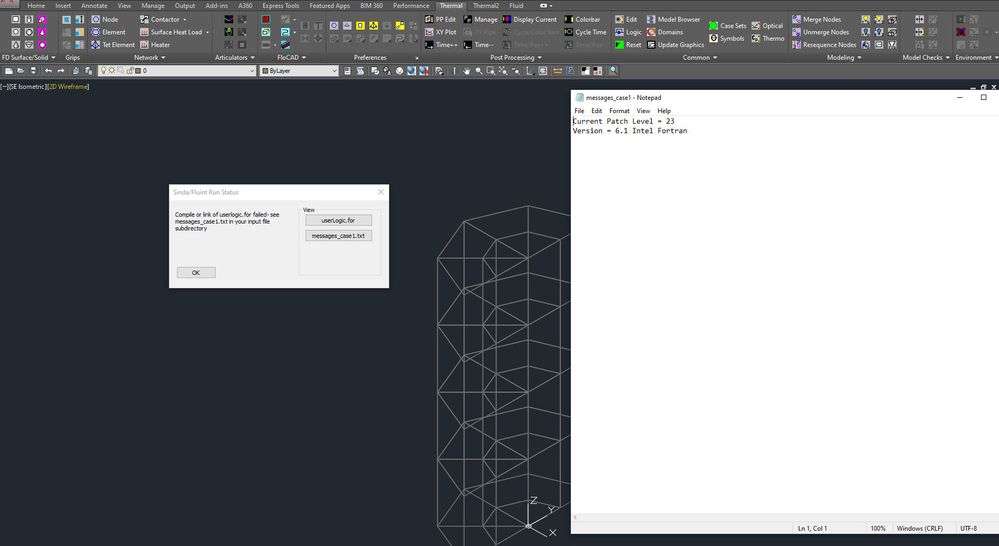 You have to state which, if any, versions of Visual Studio and Intel Fortran are installed on your system for use with a third party package such as Abaqus, Sinda-Fluint, etc. There was never a version 6.1 of Intel Fortran, as far as I know.

Please go to the package vendor and find out which version of Intel Fortran they recommend that you use. If you have a later version of Intel Fortran, you may be able to get it to work, but that requires changing startup script files from the package vendor, and we have no idea what is in those scripts. Usually, what you can try is to edit those scripts to change the Intel Fortran compiler version and installation paths and, possibly, some related environment variables.