Information about how the R200 works

R200 is a stereo camera. In particular, it is an infrared stereo camera. In addition to being a passive IR stereo camera, it also has a controllable IR emmitter, which illuminates the scene with IR light when it's dark, and helps finding features in both IR cameras when an object doesn't have many, like a texture-less wall for example, which looks the same in both cameras.

Here's how the internals of the R200 look like: 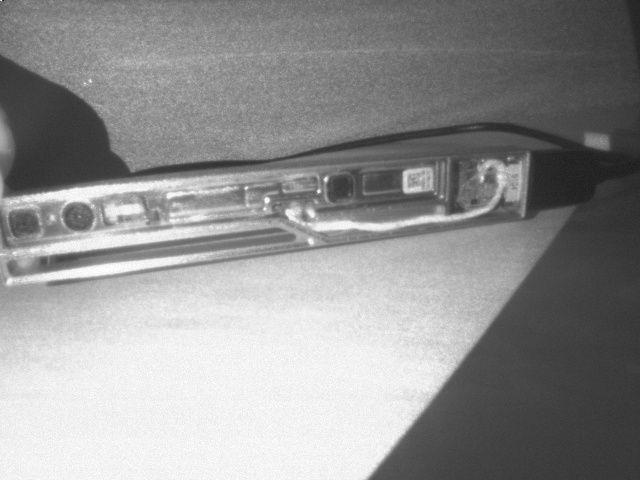 You can see 3 cameras, the one between the others that looks more like a circle is the color camera, whereas the ones on the sides that look more like a square are IR cameras, not visible with the naked eye. The IR cameras are separated by about 7cm. That's the baseline for the stereo matching algorithm. This baseline defines the range of the generated depth map. The closer these IR cameras are, the closer they can detect depth with better accuracy, and the reverse is true, the farther away they are, the farther away they can detect depth. It's a similar concept to our human vision. If you close one eye and then the other, you will see mountains, or far away objects exactly at the same place in both eyes, but for closer objects they will appear at different places. That's the basis of how this camera works.

In order to be able to detect these differences, you need texture, or things that look particularly interesting, so that you can see it in one camera, and recognize it in the other. If you stare at a blank wall for example, it will look the same with both eyes so no depth information can be generated, but if you sprinkle some paint in it, you will be able to detect the little specks of paint at different location on each eye, and get depth information. R200 uses IR light instead of paint to do exactly that. By adding points of IR light across the scene, those points will appear at different locations on each camera, so depth can be recovered even on surfaces with no texture. Note that no particular pattern is read back, they are just points located anywhere in the scene, depth comes directly from stereo matching.

To get a good quality depth map, you will need to correctly expose both cameras in order to get good images, good features, for good matches, to finally be able to get a good depth map. Note that this is particularly important outdoors where the sun outshines the emmitter, and may even overexpose the frames. Also, close objects may get overexposed by the IR emmitter. On the other hand, make sure that the frames are not underexposed.

I'm sure a lot of people new to F200 will find this extremely useful while planning a project or in fact buying a F200 in the first place.