What is 'DRAM Cache Hits' in VTune Profiler in Memory mode with Optane DCPMM? 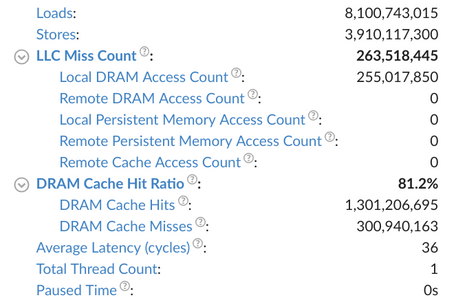 So, what do 'DRAM Cache Hits' and 'DRAM Cache Misses' mean in detail? Why is it different from 'Local DRAM Access Count'?

Also, why 'LLC Miss Count' is different with 'Local DRAM Access Count'? In some cases, the two values were exactly the same even though they were almost similar experiments. I used only one socket to avoid remote accesses.

Thank you for the confirmation. If you need any additional information, please submit a new question as this thread will no longer be monitored.