This blog was posted on behalf of Brian David Johnson (@IntelFuturist). As a futurist at Intel Corporation, his charter is to develop an actionable vision for computing in 2020. His work is called “future casting”—using ethnographic field studies, technology research, trend data, and even science fiction to provide Intel with a pragmatic vision of consumers and computing. Along with reinventing TV, Johnson has been pioneering development in artificial intelligence, robotics, and using science fiction as a design tool.

It was hot in Phoenix Arizona, over 100 degrees and rising. As I walked to the convention center, an intense sun banged down through a hazy blue sky and made me wonder if I needed to put on a hat. I’m from Portland, Oregon where I get about this much sun exposure in an entire year. Before I could begin my search for a Diamondbacks baseball hat, I was whisked through a crowd and into the beautiful chaos that is Intel’s International Science and Engineering Fair.

I run into Adam Steltzner in the strangest places. You may know Adam as the rock star NASA engineer who worked on the Mars Curiosity Landing team… (Let me remind you…they used a hover craft to land a massive robot on the surface of Mars. A hover craft!! That’s just plain awesome!) …but I know Adam as the guy who pops up everywhere. The last time we had hung out had been backstage in the bowels of Burbank, California on the dark set of Discovery Channel’s TV show Big Brain Theory (New episodes every Wednesday at 10/9c - you can also see a preview of our episode here).

So, like I said, backstage at Intel ISEF was like the command center of a gigantic space station, and Adam knows space stations. Check out his picture from that night.

We stood backstage as a group of acrobats pumped up the already ecstatic crowd of 4000 attendees. I had come to Intel ISEF to introduce my buddy Adam, but also to announce an international fiction competition called “The Future: Powered by Fiction.”

Then it was show time. The stage manager gave me the 1 minute to go signal as they started my introduction. I’ve spoken at Intel ISEF before so I knew what to expect. The opening ceremony is a riot of geeky enthusiasm led by the 1600 finalists that have come to show off their work at the fair. (The other 2400 or so in the room are teachers, parents and the army of supportive adults needed to make the event happen). I had spent the previous hours after leaving the AZ sun walking the fair of the science floor, overwhelmed by the intelligence and creativity of each and every science project. But when I took the stage I knew what I’d be confronted with. The music started pumping, they called my name, I ran out on stage, and was met by 1600 screaming geniuses!

Science and technology have progressed to the point where what we build is only constrained by the limits of our own imaginations (a quote from @intc_rattner), and that’s a big deal. It means that our science and technology are not the things that are holding us back from doing amazing things. What’s holding us back is the limit of our own imaginations. It’s our ability to imagine a wildly different future, to dare to imagine an incredibly more awesome future than we have now.

That’s why we need science fiction! Science fiction gives us a language to talk about the future. Science fiction, based on science fact, allows us to imagine just past the possible and from there, we can build amazing things.

This is where my 1600 screaming geniuses come in. Standing on stage, I told the crowd that as a futurist I needed their help. I needed their visions for the future. I wanted to know what kind of future they wanted to live in and what kind of future they wanted to avoid. It was important because they were the ones who were going to build that future. I’d seen what they could do on the floor of the science fair and the future is in good hands. But they needed to dream bigger and they needed to share those dreams.

The Future: Powered by Fiction is a call for these visions. Over the next six months, we’re calling for young minds ages 13-25 to submit science based stories, essays, comics and videos that explore the future. Working with Society for Science and the Public and Arizona State University’s Center for Science and the Imagination, we’ll award ten $1,000 winners and highlight them on The Tomorrow Project site, but we’re going to publish and interview far more young minds, highlighting as many future visions that we can from all around the world. I believe that the future is going to be awesome because we are going to build it. Now I need to hear about that future from the people who are going to build it with me!

The Intel ISEF open ceremony was a blast. Adam did an amazing job giving everyone chills talking about Mars Curiosity and why we need to continue our exploration of space. Afterwards we spent hours talking pictures with the attendees - it turned into a very long night.

As I made my way back through the hot night and to my hotel room, I was beat. I came off the elevator to find an exhausted Intel ISEF attendee sleeping on bench in the hall, his conference badge still around his neck. As I walked past him he woke up, and looking at me through bleary eyes, said, “Hey! You’re the futurist!” 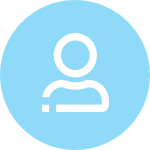